The BASIC SERVICES OF INTERNET You Must Know It What is the Internet?

The Internet is a vast network of independent computer networks that are linked together to serve billions of users via the standard protocol TCP/TP (Transfer Control Protocol/Internet Protocol). The Internet is a network composed of thousands of private, public, commercial, academic, and government networks.

Before we get into internet services, let's look at some internet facts that will blow your mind.

Some of the most popular internet services are :

Let's explain each of them in brief.

Instant Messaging (IM) is a type of online chat that offers text communication over the internet in real-time. Because of its real-time nature, it is continuously becoming one of the fastest-growing forms of internet communication services. There are many instant messengers that are providing instant messaging. Some of them are Facebook, Whatsapp, Skype, hangout,qq, WeChat, etc. Among those, Whatsapp has the highest number of users actively engaging (report gathered from stattube youtube channel). 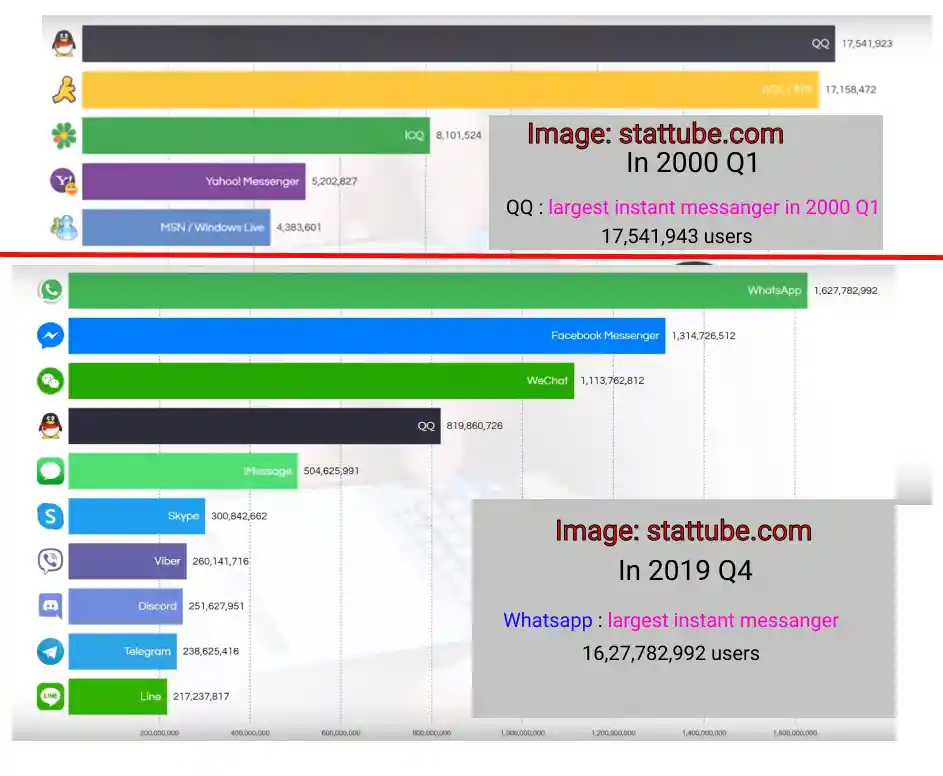 Email stands for Electronic Mail. It is a paperless method of sending messages(text, files, or images) from one person to another or many people at the same time using the internet. In 1996, there was more e-mail than postal mail being sent.

Some of the important features of email are :

We used to send phone calls, faxes, and voicemails over landlines in traditional telephony, but in Internet Telephony, we do it over the internet. In internet telephony, our analog voice is converted into digital voice (binary form), which is then transmitted over the internet as IP packets from one phone to another. As a result, voice packets are transferred across the network in this case. Internet telephony is also known as IP telephony (IPT). 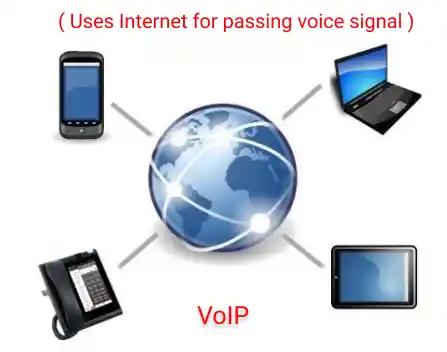 VoIP is a subset of IP Telephony. It is just a technology used by Internet Telephony for digitizing analog signal.

Internet Telephony is one of the most cost-effective and reliable services offered by the internet, and it enables users to make telephone or audio contact using the internet.

Video Conferencing is Internet Service where two or more people located in separate geographical locations do live audio-video communication. So, it is a real-time conferencing service on the internet. For proper functioning of the Video Conference, it may require a high bandwidth of the internet at the sender and receiver sides.

Simply we can say, Video conferencing is the communication of parties all over the world in visual form.

Internet Relay Chat, or IRC, is a protocol that allows computers connected to the internet to communicate in real time via text chat. Private messages between two users, data transmission, and other server-side and client-side instructions are all supported, although channels are the primary mode of communication in IRC.

In other words, IRC, or Internet Relay Chat, is one of the most useful services offered by the internet since it enables users to speak in real time with other users from all over the world.

FTP stands for File Transfer Protocol. Uploading and downloading files is the primary function of FTP, an internet utility software. In order to transfer files and folders across various computers, FTP provides the ability to access distant computer directories. FTP has a client-server system design in which the client and server each have their own set of controls and commands.

Also Read: Is it safe to delete Google Play services data and cache?

If you want to upload a file from your computer to a remote server you need an FTP client. There are numerous FTP clients available. Some of the popular FTP client software are FileZilla,WinSCP,Cyberduck,CuteFTP,Transmit , FireFTP, SmartFTP etc.

SFTP stands for SSH File Transfer Protocol. Sometimes it is called Secure File Transfer Protocol.SFTP is a more secure method of transmitting data than FTP. In addition to the SSH key, it provides protection and authentication for the entire SSH protocol. SFTP, for example, is used to access your email because it requires a username and password to gain access to the server's data.

WinSCP is the best software for SFTP.

Telnet stands for Telecommunication Network. Telnet allows the client to log in to the remote server for accessing remote resources. It uses TCP port 23. It is not much secure. We use Putty software for getting remote access to the server. In windows OS, when you type telnet remote_ip in run(Win + R) windows, then enter username and password for remote access then you will be successfully connected to the remote server.

Telnet is remote terminal access and command execution services of the internet.

SSH stands for Secure Shell. Secure than Telnet.Same work as Telnet.SSH sends all the data in an encrypted format. It uses a secure channel for transferring data and commands over the network.SSH uses High bandwidth.SSH can be considered a replacement for telnet.

Some of the other popular information retrieval services are Gopher, Archie, and WAIS.

Gopher: Gopher is a simple file retrieval application that relies on hierarchical and distributed menus stored on remote web servers.

Archie: Archie is a program that searches the files of all Internet FTP servers that provide anonymous FTP.

The inventor of the Web: Tim Berners Lee and Robert Cailliau. 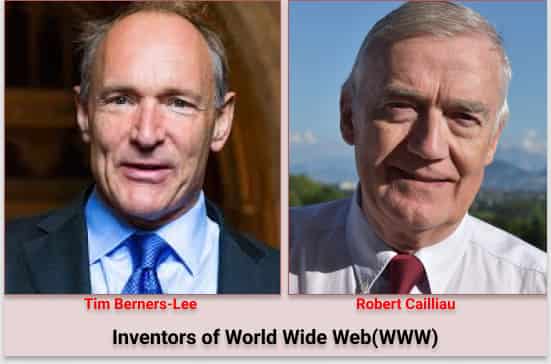 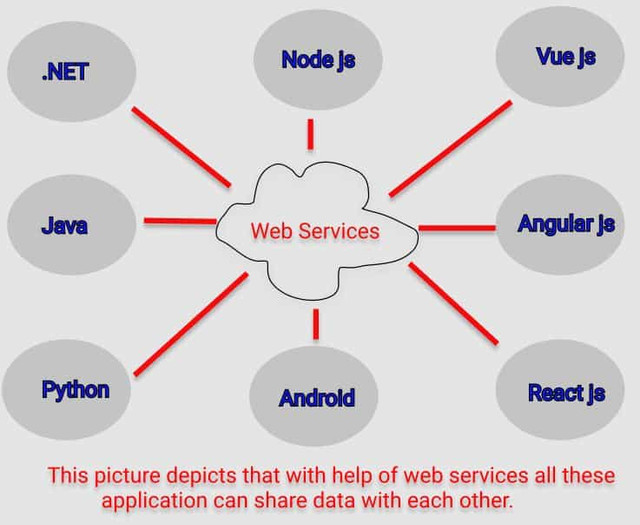 Some other services of the internet include:

LDAP (Lightweight Directory Access Protocol)
It is a lightweight client-server directory protocol for accessing directory services. If your data do not change frequently then you can store your data in LDAP Services and you can access it frequently as LDAP provides a 'write-once-read-multiple-times' service, whereas in an SQL database you can have high reads and writes. So, we can say LDAP is non-transactional.

Also read: Why is windows Os is popular than other OS?

Giving a unique IP address to all the systems in a network is done by Automatic Network Address Configuration devices like DHCP(Dynamic Host Configuration Protocol)Server.DHCP server's main works are to make sure that no two systems got the same IP address.

Our home router is already pre-configured with the DHCP server and we should not have to worry much about assigning dynamic IP to the computer. Suppose a computer connects to a network then this computer will request an IP address to the router, then in the router, we have a DHCP server, then what DHCP Server does is it looks in a pool of available IP addresses if found then send back to the computer and finally your computer will have IP which is dynamic in nature.

Some common network management tools are traceroute and ping.

ping: ping tool mainly helps to check the availability of the host machine and the time taken to respond to all Internet Control Message Protocol (ICMP) packets. 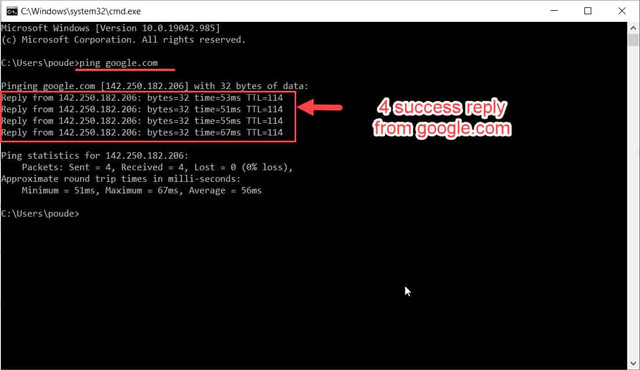 Here, we can clearly see, that all request sent by the computer reaches to google server with no packet loss. 100% of the request reaches the server and 100% of the response reaches me from the server.

traceroute: traceroute tool mainly helps to find and display all the possible routes(pathways) from request to response and get time taken for responding on each pathway. 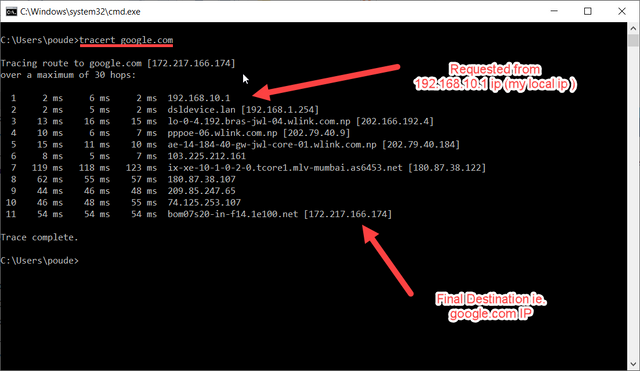 We can clearly see that under 11 hops, my request to google.com reaches the google server.

Checking each and every device in a network is tedious so for this we have SNMP, which stands for Simple Network Management Protocol. It is mainly used for network monitoring, and network failure identification among various devices in a network.

Network Time Protocol (NTP) is a popular time service on the internet that helps to synchronize and set the computer clock with great precision. Computer clocks are synced to either Greenwich Mean Time (GMT) or Co-ordinated University Time (UTC).NTP is the oldest computer protocol currently in use.

Other Software Implementations of Time Services are:

The USENET is known as the 'User's Network.' It is one of the oldest networks where users can post files to news servers and other members can access it.

Newsgroups are active Online Discussion Forum, which can easily be accessed through Usenet. Each newsgroup includes discussions on a particular subject that are implied in the newsgroup name.

Users can view and follow the newsgroup and comment on the post through newsreader software. Accessing these newsgroups also necessitates a Usenet Subscription, which may be charged.
Also Read: Types of Cloud Computing Services

E-commerce is the Internet-based buying and sale of goods and services. Today, almost anything that is available in the market can be purchased through e-commerce.

These 12 mentioned above are the most basic services of the internet.

How many types of Internet services are there?

Ans: Internet service is most commonly provided by cable, fiber, DSL, and satellite.