Is it safe to delete Google Play services data and cache?

The cache is a term commonly used in the IT industry that simply refers to reserved storage space for storing temporary data in a computing environment. Cache makes your apps, websites, and browsers load faster, and it provides a better user experience.

The majority of frequently used items are cached so that when those data are requested, they are available. It will serve those data from the cache rather than from the actual storage of those data, as in Internal and External Memory. Normally, clearing the cache has no effect on the app's or system's overall functionality.

First and foremost, you should be aware that Google Play Services does not store or cache your data unnecessarily. Their primary responsibility is to provide the most up-to-date API support for APPS on whatever Android version you have. As a result, even with older Android OS, users will have the same experience as in New Android OS.

If you use Google's Location API, Google Play Services will provide the most up-to-date API support to all APPs that use the Location API.As a result, if you use an older Android version, such as KitKat, the APPs will also have access to the most recent APIs.

When you clear Google Play Services Data, all saved files, settings, accounts, preferences, and databases are deleted. It's as if you just installed the Google Play Services app on your phone because it deletes everything related to the app. Also, clearing cache and data has no effect on other apps and does not delete any apps you have downloaded.

Gmail, YouTube, Maps, and other apps you've installed may have made use of Google Play services API such as Location API, Sign-In API, and so on. When you open those applications then, they may ask you to allow those APIs again.

Does Clearing Google Play Service Cache and data help you to save space?

Google Play Services may have large amounts of cache in the form of MBs or Gbs. It differs from one smartphone to the next.

In short, clearing cache and data will not help you free up space because Google Play Services will automatically download those updates from Google Server without your intervention.

Also Read: What happens if Google Play services are disabled or uninstalled?

What Information gets deleted when you clear the Google Play Service cache?

When you clear the cache, the information saved to Google Pay such as transit cards, COVID Cards, and virtual payment cards are deleted (source).

The procedures to clear Google Play Service Cache are the same as for other apps. And they are as follows:

2 Search for Apps from the list and Tab on it. 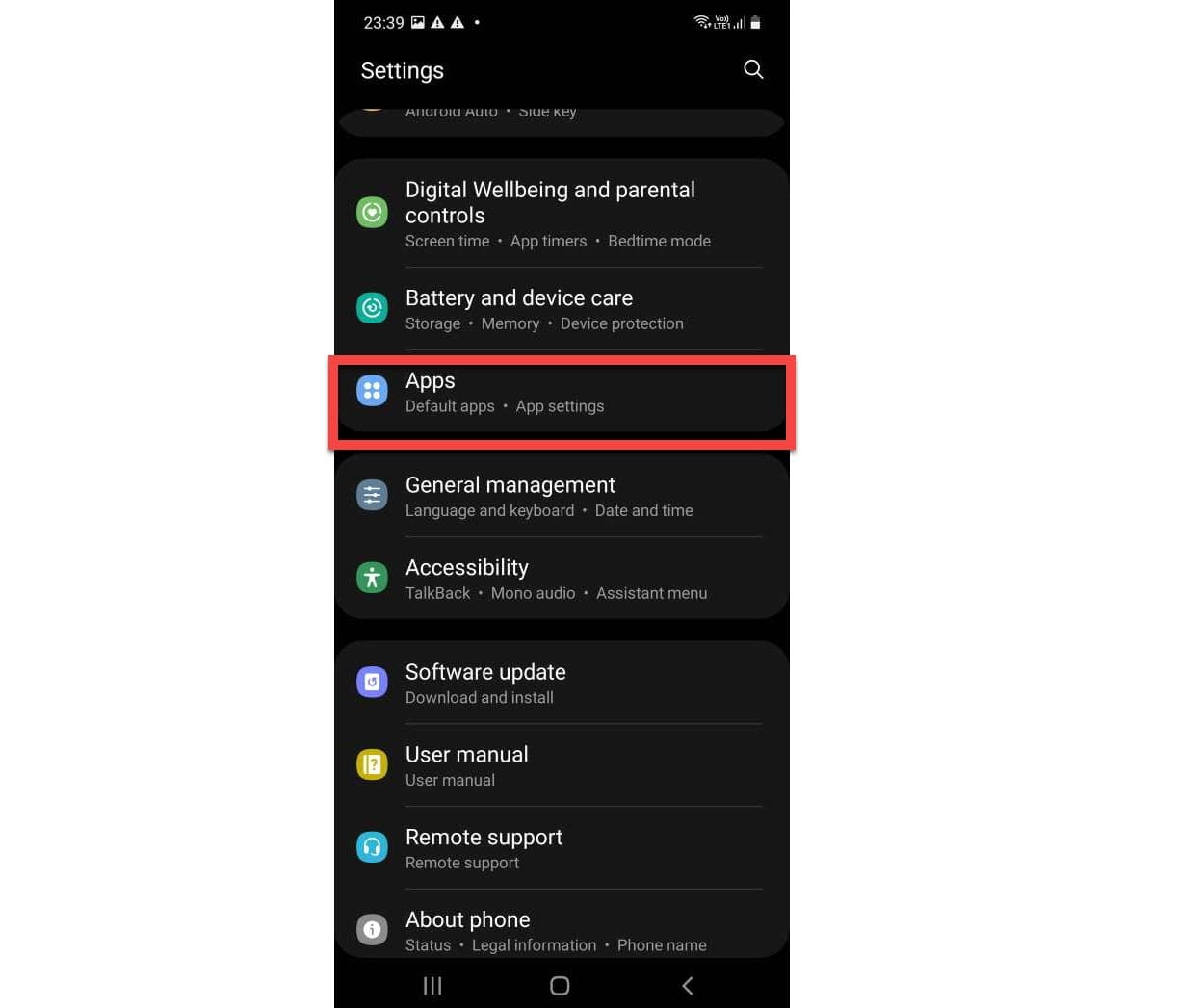 3 Search for Google Play services and tab on it. 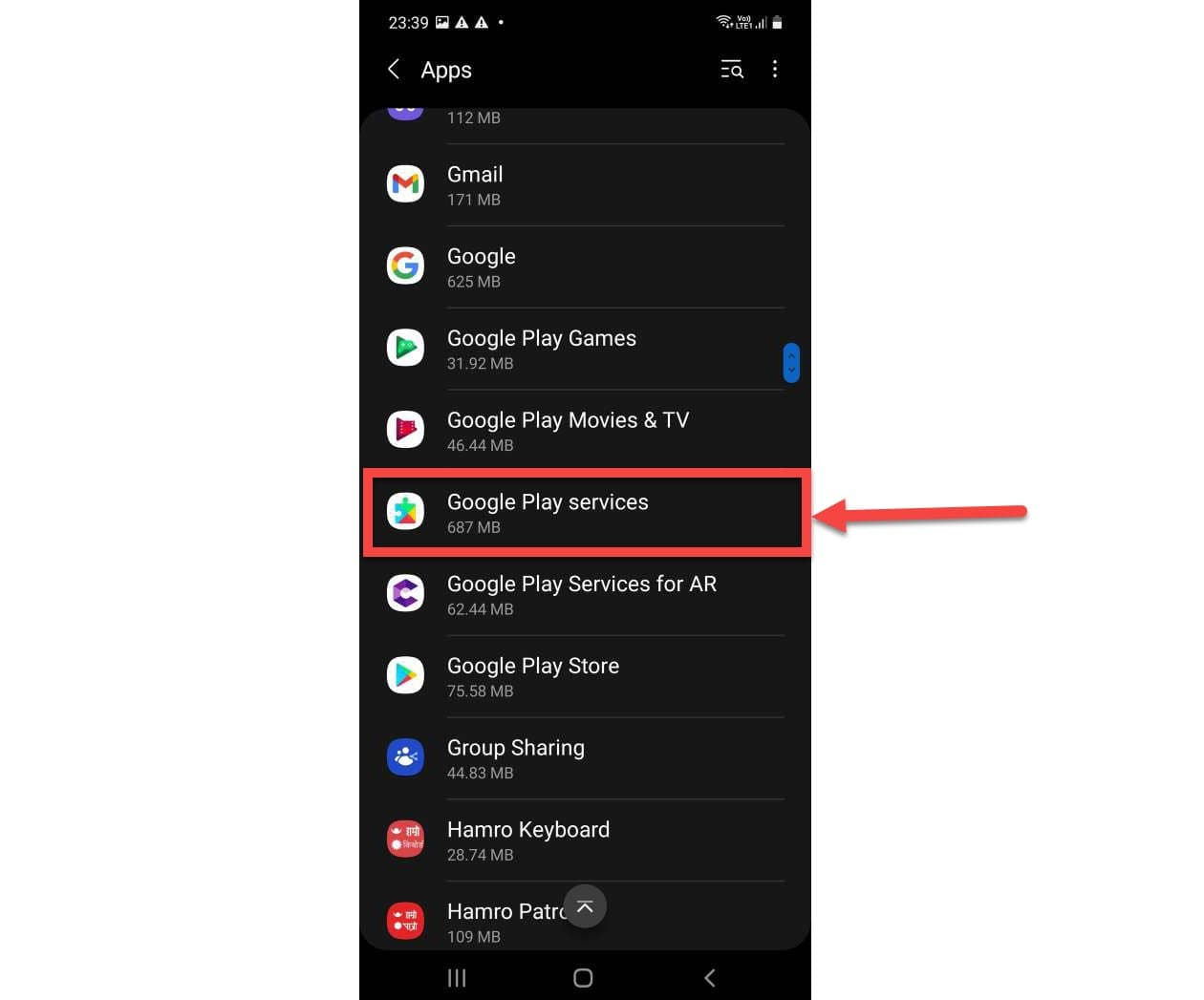 4 Tab on Storage under Usage 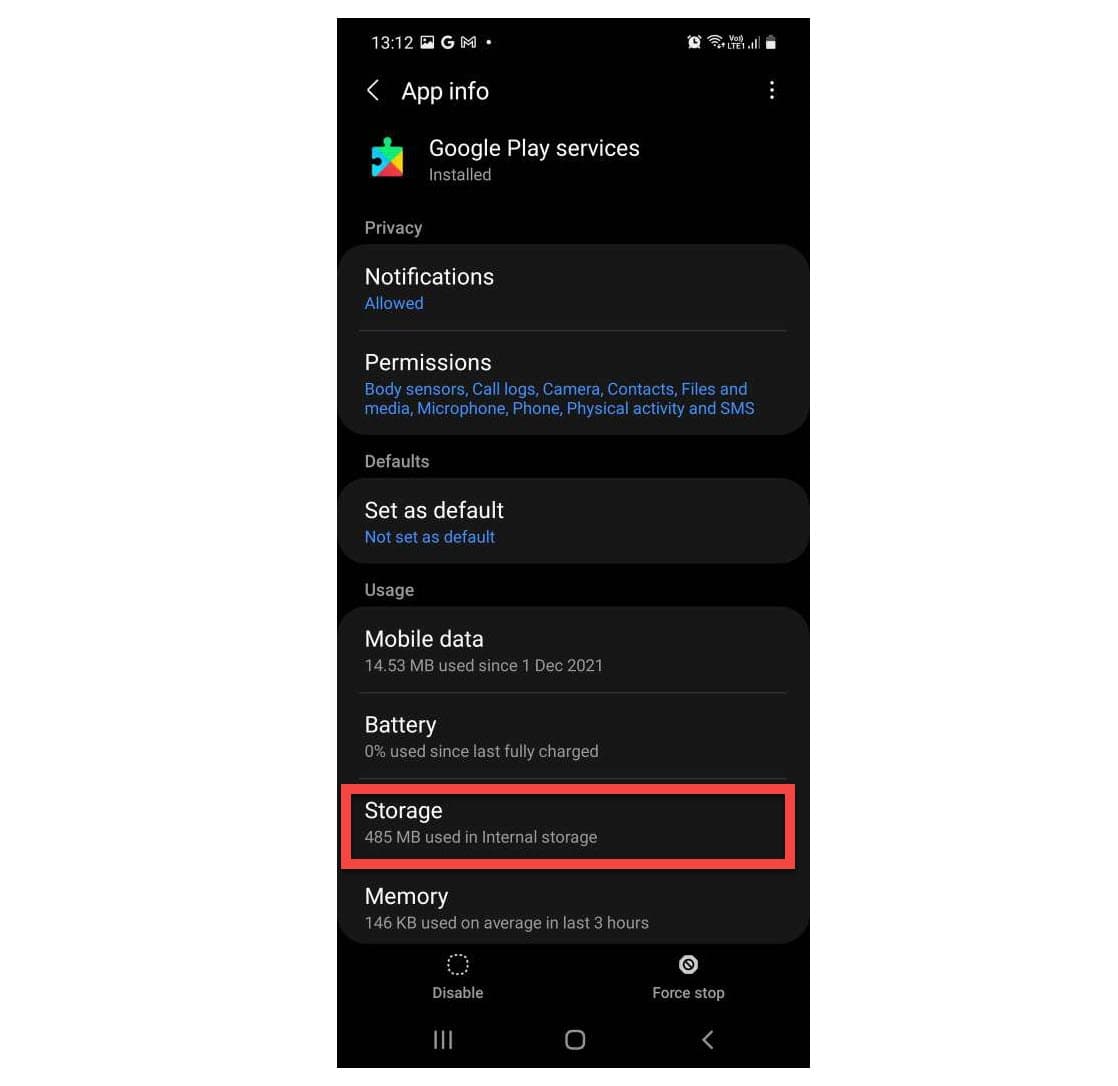 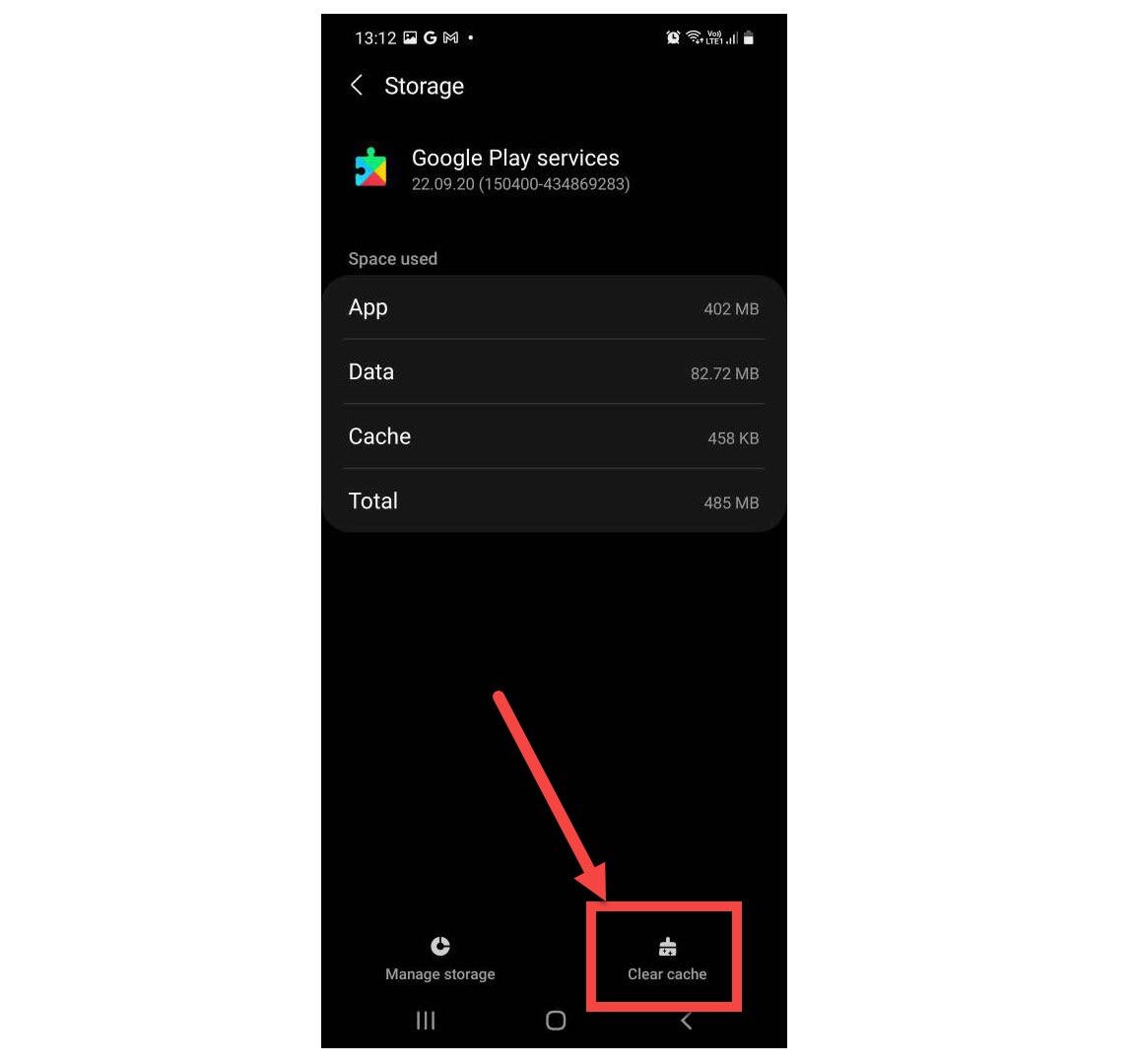 It will clear the cache immediately.

💡 Please keep in mind that these steps may slightly differ from one Android version to the next.

The procedures to clear Google Play Service Data are the same as for other apps. And they are as follows:

2 Search for Apps from the list and Tab on it.

3 Search for Google Play services and tab on it.

4 Tab on Storage under Usage 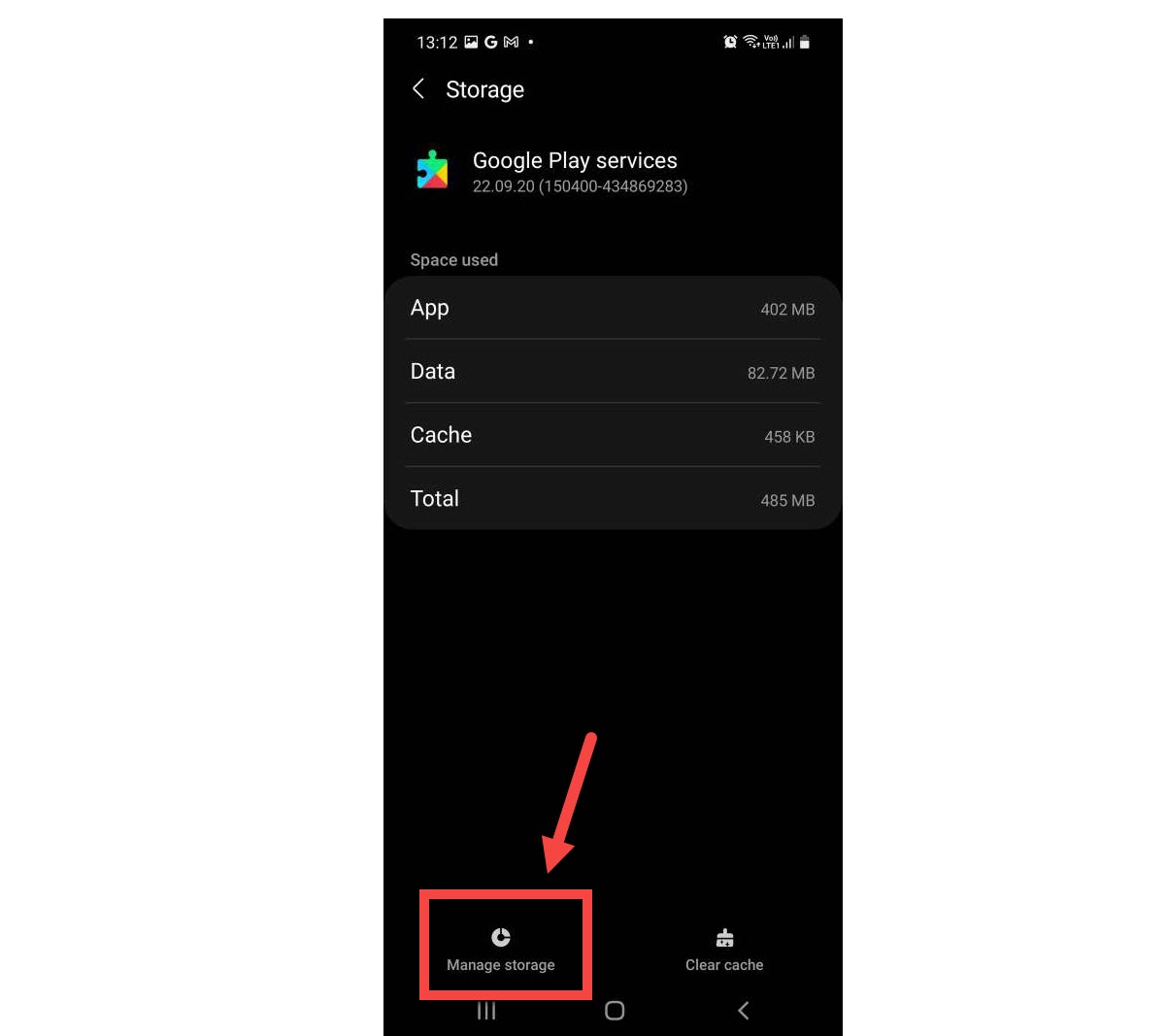 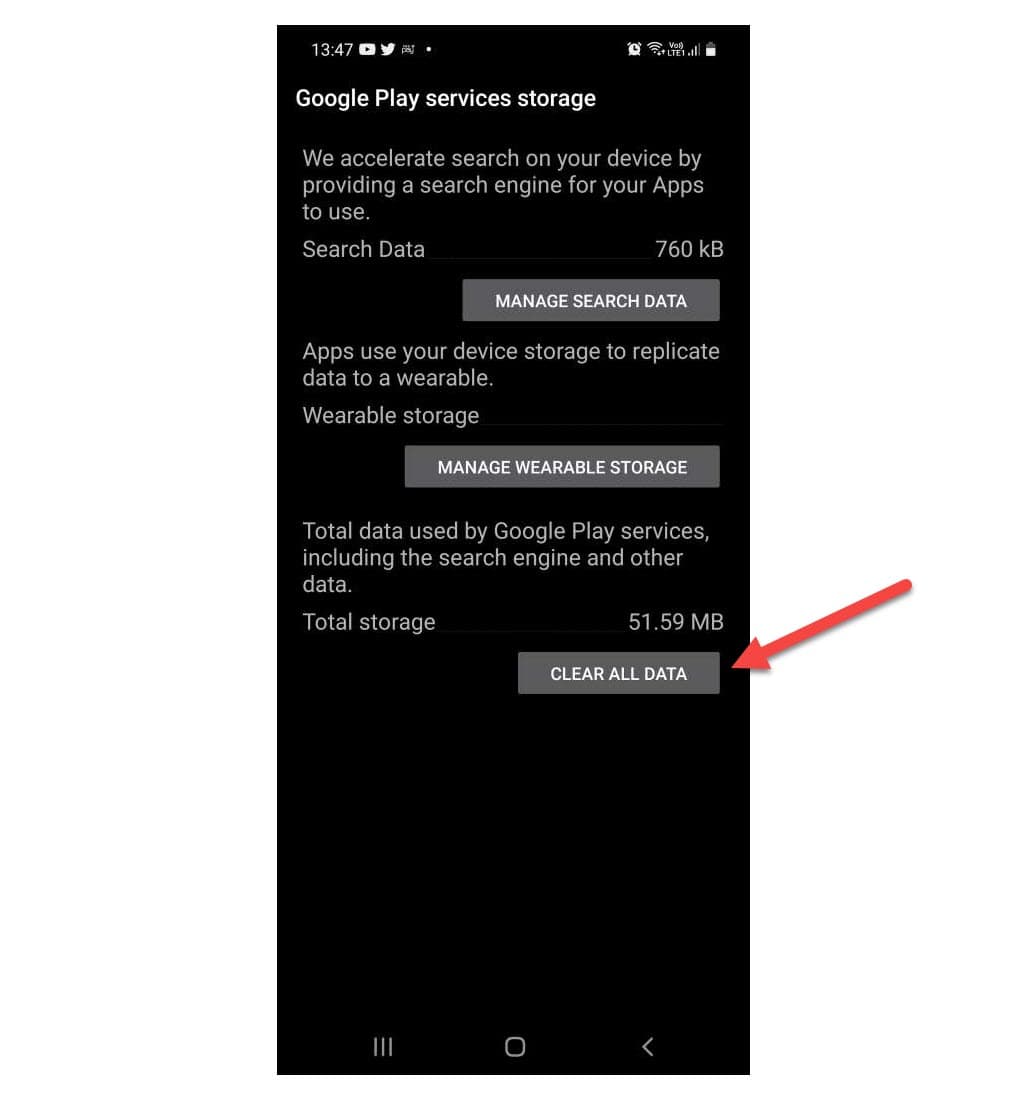 Then you may get a warning message stating:

Delete app data?
All this app's data will be deleted permanently. This includes all files, settings, accounts, databases etc.

💡Please keep in mind that these steps may slightly differ from one Android version to the next.

Should I clear my google Play Service cache and data regularly?

Without any specific reason, it is not recommended to clear the Google Play Service cache and data. The cached files allow other apps to load the latest API quickly.

When you notice that Google Play Services are using more RAM and battery, try clearing the cache because it may have become bloated with unnecessary information.

If you are facing a storage problem, or Ram usage problem and you do not want to clear cache and data then you can apply the following steps to reduce that problem.

Why does it keep saying Google Play services keep stopping?

Corrupt data and cache files for any app can cause problems such as Google Play services repeatedly stopping. In such cases, clearing the app data and cache can assist you in resolving some of the common issues associated with an app or service.

Android Phone experiences fragmentation mainly due to the absence of updates from Android OEMs. In Android, OEMs are Samsung, LG, NUU Mobile. The main reason for the android fragmentation is Open Source. Different Android OEMs use Android Updates and make tailored updates to every version of the Android offered on their devices. And every OEM cannot provide updates consistently.