What is OEM in Windows ? OEM Windows OS vs Retail Windows OS When you go to a store that specializes in laptops to purchase one. They will show you a laptop and, while describing the features of the system, they will say that this particular system has a genuine version of the Windows operating system. Therefore, the question I have is, is this genuine? Yes, it is genuine. In point of fact, the version of Windows that is preinstalled on a brand new laptop is almost always an OEM version of Windows.

Therefore, you shouldn't bother with the tedious Windows installation and activation setup on your end, and you can start using the laptop right away.

OEM is an abbreviation for Original Equipment Manufacturer. OEM is a company that manufactures products (usually hardware or software) and sells them to another company, which then this company resells the products to end-users under its brand name.

Microsoft is the OEM in the PC world, and Windows OS is their product, which they manufacture. Microsoft sells this product with customizable features to other laptop manufacturers such as Dell, HP, Lenovo, Asus, MSI, and Acer. These are Value-Added Reseller (VAR) companies.

This VAR company modifies the Windows operating system to make it fully compatible with their hardware before selling the laptop to the customer. As a result, this Windows OS is known as OEM Windows OS. Which comes pre-installed on your laptop when you purchase it.

OEM is a version of Windows that is already activated.

Why Company developed the OEM version?

It is impossible for a single company to produce everything, including computer hardware and software, in the business world. The laptop company is in the business of producing hardware, and in order to cover their software needs, they obtained an OEM license from Microsoft and created their own customized version of Windows.

Therefore, it is acceptable both from the point of view of the user and the manufacturer. The operating system is preinstalled on the user's new laptop, and the manufacturer purchases an OEM license in bulk at a discounted rate so that they can make use of it.

Companies like Lenovo, dell bought OEM licenses from Microsoft and developed the OEM version. They purchase from Microsoft and modified it and add necessary software, drivers and utilities, logo, and brand and load that with their hardware.

What is OEM License Key?

OEM key is a unique digital key bound with your hardware id and written in bios. This Key is embedded in one system.

You will get more about OEM Windows OS below different.

Amazon is selling OEM Windows 10 Home licenses for $99 (click here), which is significantly lower than the normal retail price of $129.

2 Activation Key: Generally OEM version of Windows comes preinstalled with OS and is already activated and the Retail Version of Windows has to activate yourself on the Microsoft Server using a key. The retail OS comes separately in a box.

3 Hardware Dependent: OEM versions of Windows are hardware-dependent as the company(termed as VAR company) modifies windows OS making them more compatible with their system, especially the motherboard. So, if you change your motherboard then it is more chance that your current OS will not work.

Also, you cannot install the OEM key version of an OS installed in a Lenovo laptop to an Acer desktop unit but the retail version of Windows OS can work on any hardware.No problem even if you change hardware.

4 Transfer of License: OEM OS cannot be transferred from one system to another even if your PC is no longer in use because the OEM key already binds and is specific to the current hardware to where it is installed. Retail OS can be transferred from one system to another. for this you just have to remove the key from the previous system and use the same key in the new system.

You are not paying any money for OEM windows as they are generally coming with your new laptop. But the cost is actually already included in your laptop.

How to check whether you are having OEM License Key or a Retail License Key?

If you want to know whether you are having an OEM key or a Retail License Key then there is a simple and easy way to check it. Follow the below step: 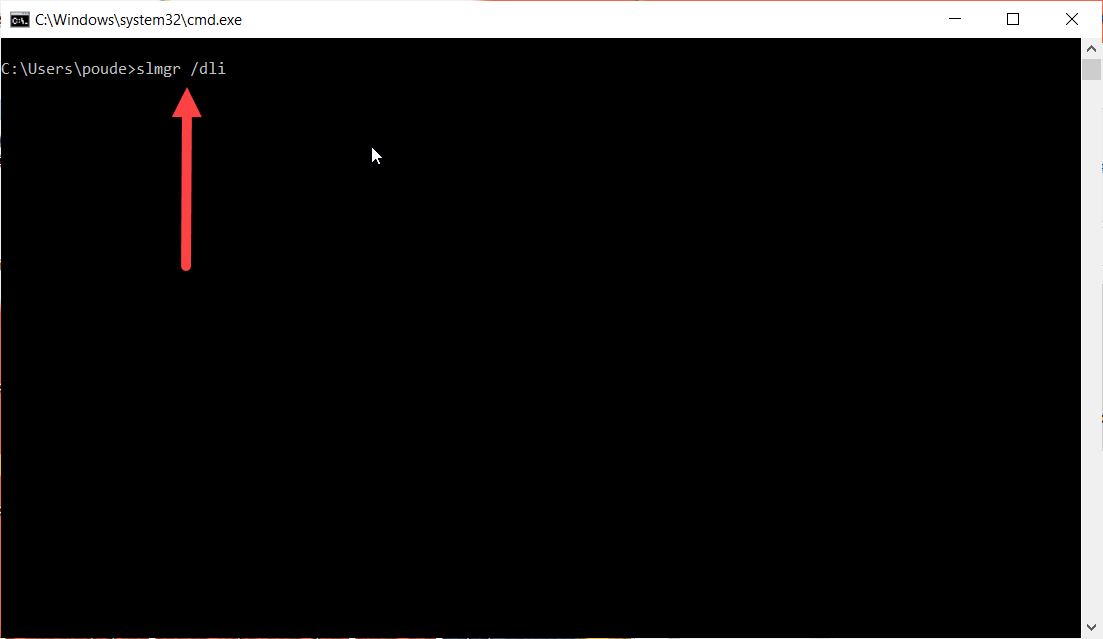 If you have an OEM version you will get the below message. 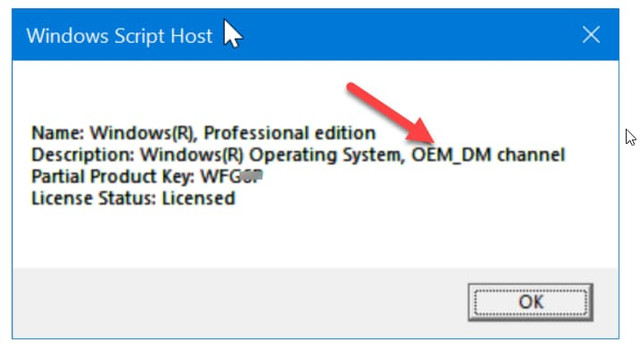 If you have a Retail Version you will get the below message. 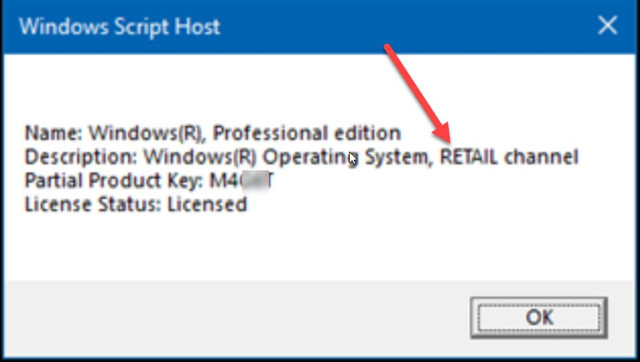 Reactivate Windows 10 After a Hardware Change

Although we have said we cannot transfer OEM license, but you can do it suppose you have replaced your hardware(say motherboard) and Microsoft will provide you a replacement OEM key. for this, you have to reactivate your license with the following steps.

If you have an OEM version of Windows 10 preinstall it on your machine.
1 First you have to create any Microsoft account (any outlook, Hotmail, Live, MSN, etc)
and then sign in with it. For this
1 a. Press Win + I keyboard combination to open Windows Settings

1 b. Goto Accounts Section and here you will see "Windows is activated with a digital license".

This means your Microsoft account is not digitally linked with your OEM license. 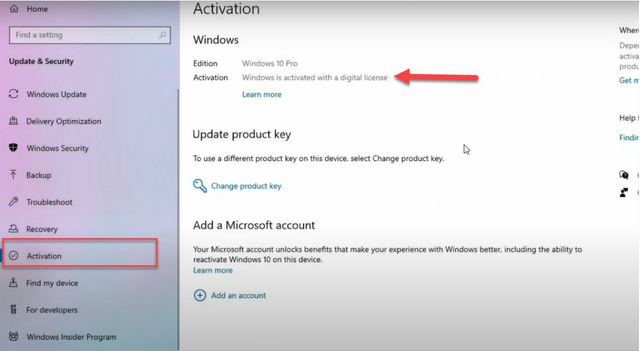 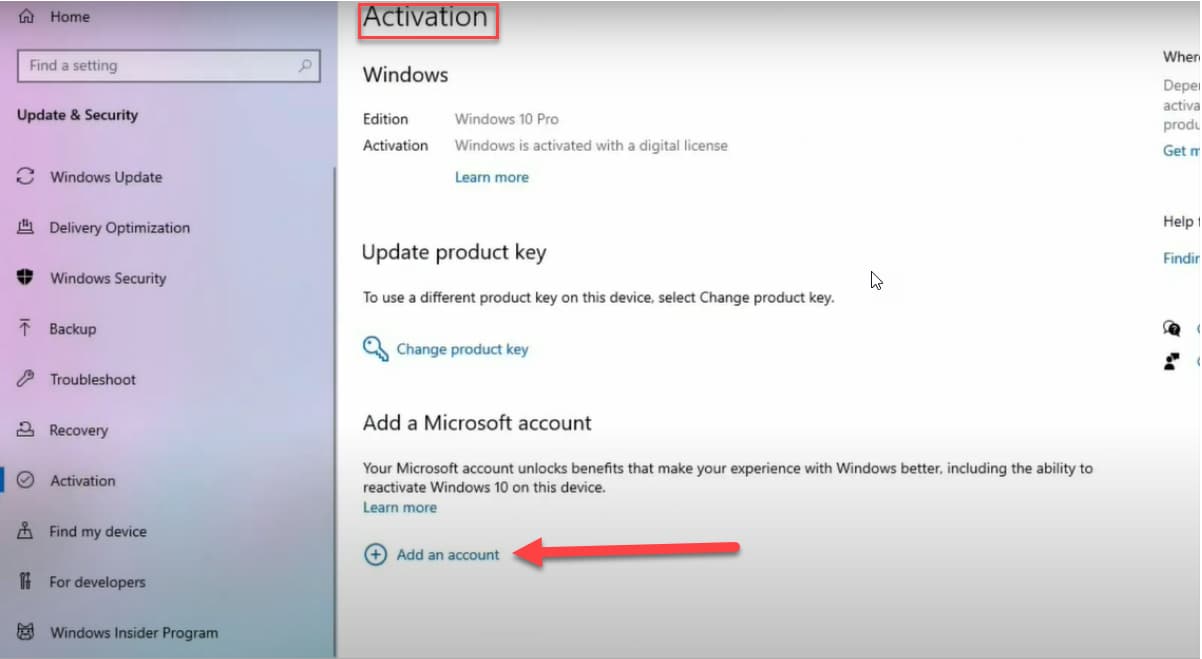 If you have signed, then under activation you will get: "Windows is activated with a digital license linked to your Microsoft account" as shown below. 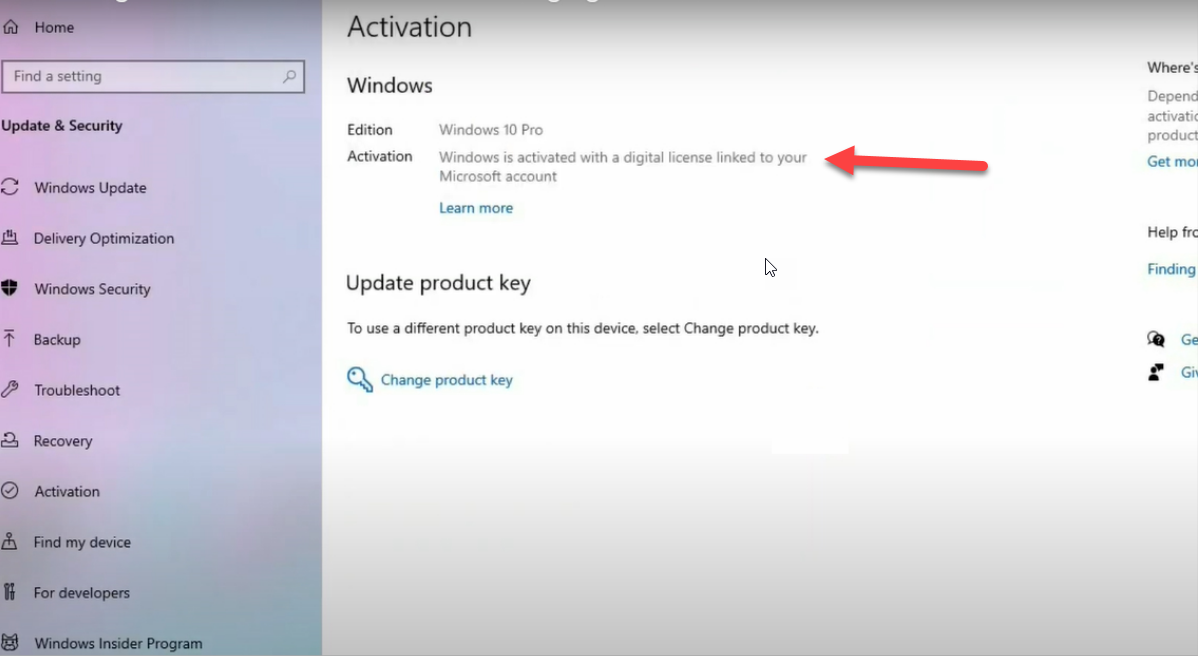 Note that it is recommended (or must not be sure) to have the same motherboard from the same manufacturer.

You only changed the motherboard and your OS in your HDD/SSD then boot it from the same device
1) Login with the same Microsoft account
2) Press Win + I > Update and Settings> Activation > Troubleshoot> click on "I have changed my hardware currently"
3) In the next screen check on "This is the device I'm using right now" and click on Activate.
4) Click the Close button.

Hurray, you have successfully activated Windows OS in new hardware.

Changing on Motherboard and reinstall Operating System in new SSD or in the same SSD
1) DOwnload Windows 10 from the official link: https://www.microsoft.com/en-in/software-download/windows10
2) Install it
3) Login with the same Microsoft account
4) Press Win + I > Update and Settings> Activation > Troubleshoot> click on "I have changed my hardware currently"
5) In the next screen check on "This is the device I'm using right now" and click on Activate.
6) Click the Close button.

An OEM license is only valid on the first computer on which it is installed, and the original equipment manufacturer (OEM) rather than Microsoft is responsible for providing technical support for the software. And OEM can only be installed on the same computer at any time and bound directly to the motherboard BIOS.

With a Retail license, you are free to install the software on any system you want—however, you are limited to having just one instance of the software running on any given computer at a time. Also, Microsoft is responsible for providing technical support for OS if any problem occurs.

Is OEM Key a legal License? Is it legal to Buy?

Ans: Yes, OEM is a legal license and it is legal to buy. These are licenses provided by Microsoft to the manufacturer like laptops and mobile phones. The only thing is you cannot transfer licenses between laptops and computers.

How many times Can I install OEM License?

Why Windows OS is expensive?

Ans: Yes, the OEM version which comes preinstalled with your laptop is activated permanently. You don't have to face a problem with a message like "Your Windows license will expire soon", or "Activate Windows, Go to Settings to activate windows".

How many times we can install OEM Windows OS?

Ans: You can reinstall the same Windows OS on the same PC any number of times unless you have changed the motherboard.

Is OEM Windows tied to the motherboard?

Ans: Yes, the key to the OEM version of Windows is preinstalled and written in the motherboard's BIOS. Therefore, we can say that the OEM License is directly or indirectly tied to the motherboard.

There is no change in effect regardless of whether you alter the hard drive, RAM, or CPU.

Are Windows licenses tied to the hard drive?

Ans: Windows licenses are not tied to specific hard drives; therefore, if your hard drive fails and you need to replace it and install a new operating system, then the license gets reactivated.