Does Windows 11 use more RAM than Windows 10? Windows 11 is a new version of the Windows operating system that was officially released by Microsoft on October 4, 2021. It has undergone significant improvements and comes with new features such as improved snapping, Direct Storage, Dynamic Refresh Rate and so on, which allow the application to load faster and more responsively.

Furthermore, Windows 11 is designed primarily for High-End Computers with high RAM, Processor Speed, Graphics, and so on, i.e. at least a higher-end system than Windows 10.

Windows provides free upgrades from Windows 10 to Windows 11; however, after upgrading, you may experience performance issues. You may notice slowness in your computer system due to a lack of sufficient hardware resources such as RAM, SSD, Processor, Graphics Card, and so on.

One of the primary causes of Windows slowness is a lack of memory (RAM). So, let's look at the minimum requirement for Windows 10 and Windows 11.

⚠️ Common Memory Misconception
It is important to note that these are the minimum requirements for the Operating System. Here, Windows 11 requires 4GB RAM, which simply means that you can run its functionalities such as system processes and threads with this specification. Other software and applications that generate loads on memory as the user operates them are considered separate memory spaces.

So, when comparing Windows 11 and Windows 10, Windows 11 requires more memory to run its functionalities than Windows 10.

Also, Windows 11 is new to us and it has numerous performance flaws, and it provides far too many updates in order to improve itself. So, hopefully, in the future, Windows 11 will fit well and consume less memory for system processes on your 8GB RAM system, and even better on a 4GB system.

Also, people claim that Windows 11 consumes more RAM than Windows 10 because it is designed to run on a variety of devices while providing the same user experience.

File Explorer in Windows 11 has a memory leak. This means that even if you open and then close the File Explorer app, it will continue to consume system RAM in the background and on each update Microsoft is doing its best to fix it.

Also, Microsoft Team launching on the taskbar, and Widgets being resource hungry as they launch Microsoft Edge WebView2 processes in the background. Unfortunately, in some cases, these processes require a significant amount of resources.

When you start opening other applications, you will notice a slowdown. When you open Google Chrome, you will notice that the entire RAM is being used, and if you begin to open other Google tabs, then you may experience the real problem of 4GB RAM. Your computer begins to hang, crashes may occur, an app is not responding, and you are unable to switch between apps at the same time. So, at the very least, you must add 4GB of additional RAM to your system, or 8GB is required to run Windows 11. So with 8GB RAM, you can do better multitasking tasks.

However, if you do heavy high-end tasks such as video editing, programming, high-end games, 3D modelling, or video editing, this application will compete for resources, so having 16GB is preferable. Even larger than 16 GB is much much preferable.

Which is better between Windows 10 and Windows 11 in RAM?

The latest is always better, and 16GB RAM is recommended for better performance with Windows 11. If you have 8GB of RAM, I recommend an SSD.

Should I upgrade to Windows 11 if I only have 8GB of RAM?

The RAM should be sufficient for the basic tasks, also it depends upon other factors like CPU and graphics card. It should be noted that if you have a high-end graphics card, a high-performance core (i7 or i9), and low-powered RAM, your RAM could be a bottleneck for system performance. As a result, it is preferable to upgrade the entire system.

If you have more than 8GB of memory and are still experiencing problems with general tasks, you may have the following issue.

So we're attempting to solve it. First, launch the Windows Memory Diagnostic Tool and search for and troubleshoot any Windows 11 issues.

First, click on the search icon in the taskbar and search for "windows memory diagnostic" as shown below. 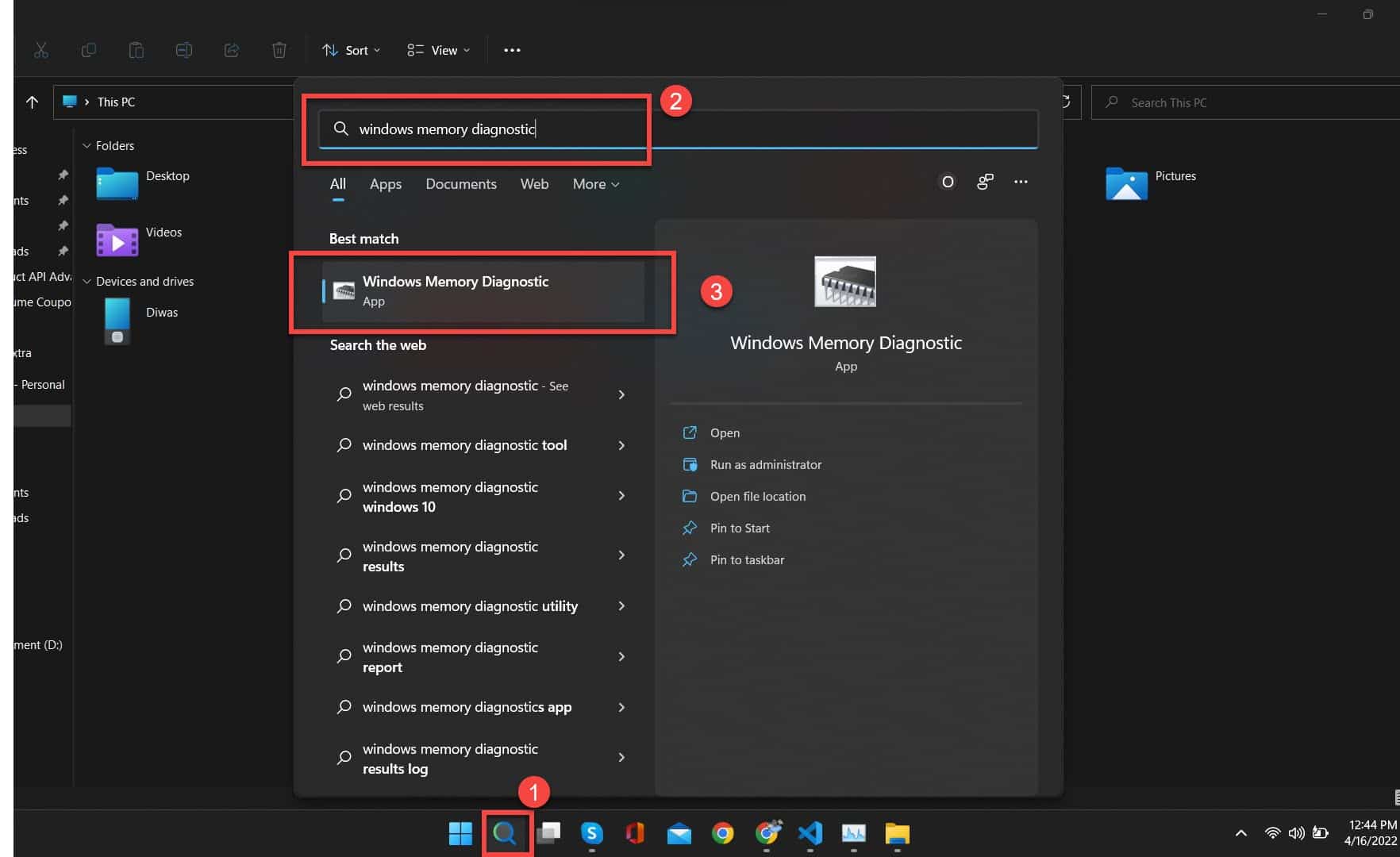 Then if you want to check now then click on the first option "Restart now and check for problems(recommended)" else click on "Check for problems the next time I start my computer" as shown below. 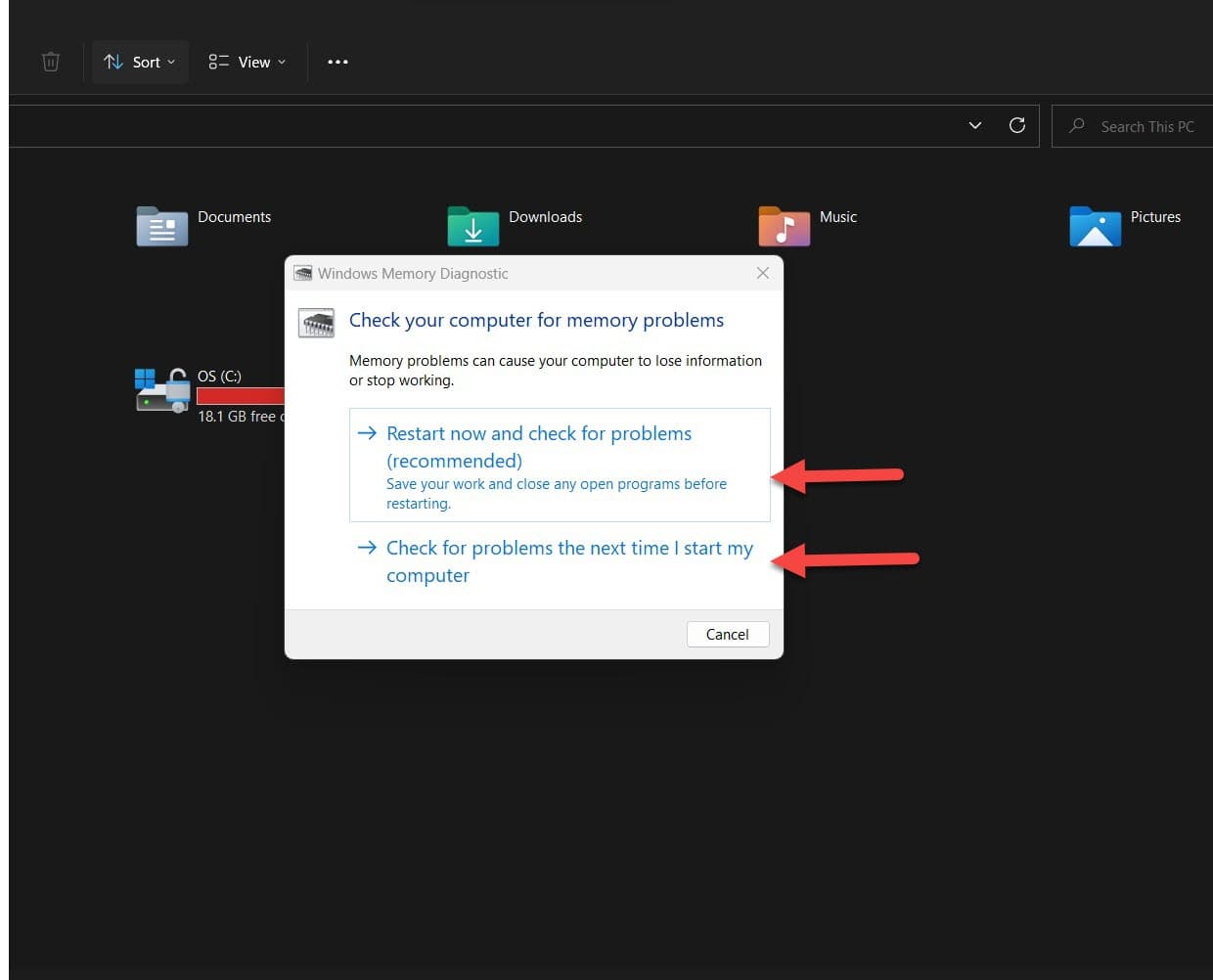 These tools automatically fix the issue if found. If it didn't find any problems, you can try the suggestions below.

2 Load on necessary things in Startup.

4 Scan your computer with Windows Defender or any other legal antivirus.

My advice is always to buy hardware that can be upgraded to at least 8GB, 16GB, or 32GB based on the tasks you perform on your computer system because we never know how technology evolves over time. So that we do not have to ask this type of question for at least upcoming at least 5 years.