In any part of your life, you may have heard about the term BIOS and UEFI or you have heard but you have not to deal with it or even you are not familiar with it then you are in right place. In this article, I will in-depth explained the technology. So, let's start.

BIOS stands for Basic Input Output System. It is a system firmware that comes prebuilt with a motherboard by the manufacturer. It starts doing its work just after you power on your PC.

It is the first popular system firmware introduced by IBM for its CP/M OS in 1975 AD.

Firmware is a type of low-level embedded software(because it is embedded in a hardware device) that acts as an interface between hardware and Software(like OS) and are permanently stored in the computer such as BIOS and cannot be changed easily. In general, the firmware is just a program and contains an instruction that gets executed by the processor or microcontroller.

How does BIOS work?

BIOS is an important part of the CPU. When you power on your computer at first the Processor starts doing its work, and at first, the processor calls BIOS firmware, and BIOS gets activated and BIOS will do POST checked to initialize and identify the hardware like hard disks, RAM, peripheral devices, GPU, DMA Controllers and many more. And if all is ok then BIOS will load the first sector of each storage device and loads in memory and scan for valid MBR. If the master boot record(MBR) is found then it will execute the boot loader low-level code present in MBR, which allows the user to select a partition to boot from. If not found first, it proceeds to the next device in the boot order (set in BIOS). If no MBR is found then will give an error like "please insert the disk". If found then will hand over full control to OS and BIOS will go to sleep mode.

It is also called legacy BIOS or normal BIOS.

UEFI stands for Unified Extensible Firmware Interface. It is the successor of BIOS, not a replacement. It is user-friendly GUI-based BIOS. The task of both BIOS and UEFI are the same and the main difference lies in the location of the firmware code, how they prepare the system before handling to OS, and what convenience it offers for calling the code while the system is running. in addition to that, it also has advanced features like a secure boot which will discuss later.

EFI specifications were initially developed by Intel. Its first initialization is developed for Intel–HP Itanium platform in the mid-1990s. In July 2005, Intel stops its development of EFI specifications. Later in 2007, Intel with other large computer technology companies like AMD, Dell, IBM, Microsoft, Lenovo, AMI, and Phoenix agreed to use the rebrand of EFI ie UEFI as a universal replacement for BIOS because of various technology evolution will discuss below.

Note: People still used the name "BIOS" for UEFI for removing confusion when talking with noobies.

There are lots of differences between Legacy BIOS and UEFI. We will try to get much out of it.

In olden PC we have generally Legacy BIOS and all the driver information is stored in ROM itself. These legacy BIOS are only used to support limited hardware and standard Suppose you want to use new hardware like modern storage devices, network, and video devices in your old machine then it will be a little bit difficult as driver information is stored in ROM which is to be updated.

But in the case of UEFI, it is easier because the driver files are stored in the computer hard drive itself.UEFI is compatible with upgraded forms of hardware as drivers are written separately and can be uploaded using a USB drive. Click here to upgrade UEFI in your system.

Legacy BIOS can only support drive sizes up to ~ 2.2 Terabytes theoretically.UEFI supports drive size up to ~ 9 ZetaBytes theoretically which is huge.2.2 TB is Ok at the consumer level but not at Server Level. But it's better to go with UEFI because of its huge support.

Terabytes of data is very huge data." The total amount of data created, captured, copied, and consumed in the world is forecast to increase rapidly, reaching 59 zettabytes in 2020".(source)
If you have 4TB hard drives and BIOS then when you install Windows OS, then only 2TB will be shown in Disk Management. The remaining 2TB will display as an unallocated space where no new simple volume can be created or allocated to other partitions. That is why it is said that the maximum potential of hard drives greater than 2TB cannot be used. For using 4TB completely having Legacy BIOS, you have to install external software like MBR2GPT and AOMEI Partition Assistant tools which helps to convert from MBR partition to GPT (if available) without any loss of data.
Also Read: Computer and Laptop Ports and their functions

The booting time of OS seems to be is faster with UEFI than a system having Legacy BIOS. In UEFI it is faster to resume from sleep mode as well as hibernate mode than Legacy BIOS.

UEFI has Secure Boot Features which helps computers against malicious code executed early in the boot process before control is given to the operating system. This is for protecting the system from infected software and viruses. If the Secure Boot feature is enabled and fully configured then if any invalid code is loaded during the boot process then the user is alerted and the system refuses to boot. 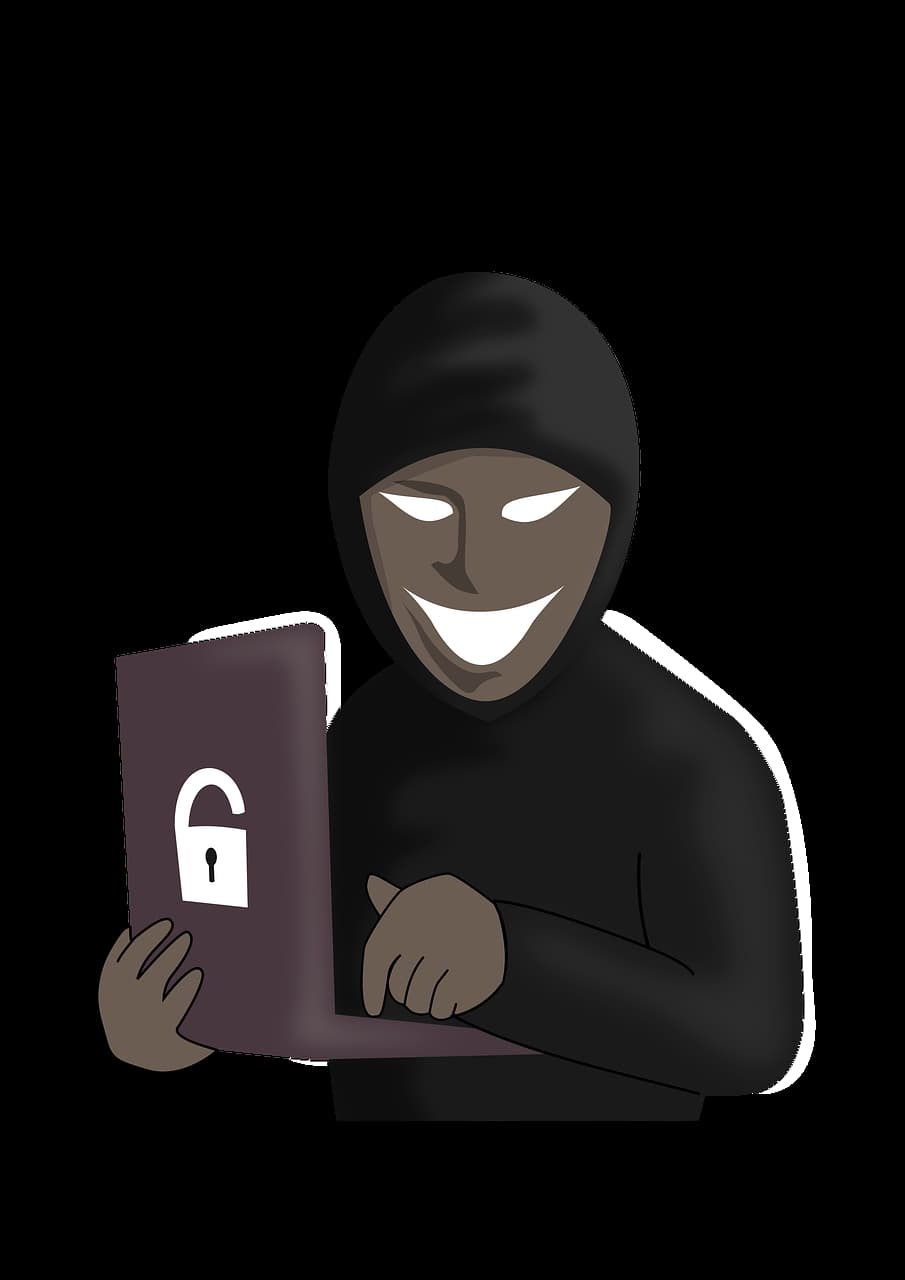 BIOS has MBR which is recorded at the beginning of the hard disk only. So, if it gets corrupted then your system will not work. As UEFI uses GPT which stores partition information in individual partitions.CRC32 checksums fields are maintained for error detection and corruption.

If BIOS gets corrupted then you can recover by reflashing the BIOS, removing the CMOS battery, Resetting the BIOS, etc.

Legacy BIOS is written in Assembly Language and UEFI is written mostly in C.So, the code of UEFI is more manageable and scalable.

Most UEFI provides backward compatibility with legacy bios as UEFI BIOS has legacy BIOS functionality integrated so the UEFI can boot a system like Legacy BIOS firmware and can run the boot loader looking at MBR. But nowadays the system is coming with only UEFI support.

UEFI does better Power and Fault Management than Legacy BIOS.

Only one boot loader can be installed in BIOS mode, and it is stored in the MBR (master boot Record).UEFI supports multiple bootloaders in the EFI partition of a hard disk or solid-state drive (HDD/SDD). As a result, in UEFI mode, you can install both Linux and Windows on the same disk without erasing either Windows or the Grub boot loader.

Is it possible to change BIOS mode from Legacy to UEFI? 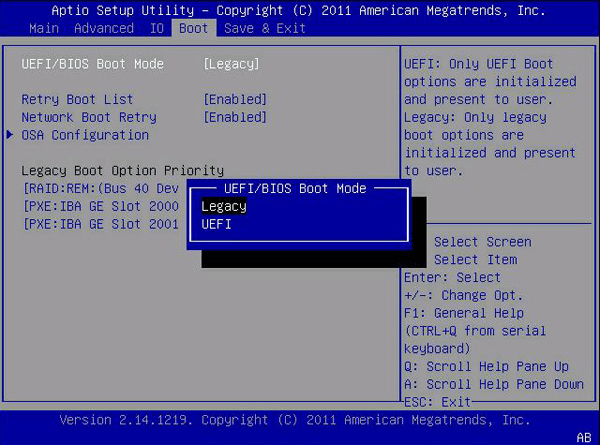 How do you check if your motherboard is UEFI compatible?

Ans: Under Boot option as shown above.

Ans: Ubuntu does support booting in UEFI mode, but you may have trouble doing so with secure boot enabled because many manufacturers' firmware on certain models does not trust the OS / UEFI app that you are attempting to load.

Both Ubuntu 18.04 and 20.04 can be booted in UEFI mode and on PCs with secure boot enabled. Also, if you have a 32-bit version of Linux Mint, it may not work with a UEFI computer because it is only designed to work with BIOS machines.

Is it necessary to enable UEFI boot?

Where does UEFI store data?

Ans: UEFI stores all data about initialization and startup in an.EFI file rather than in firmware. The EFI file is saved on the hard disk in a special partition called the EFI System Partition (ESP). It is located at path /sys/firmware/efi in the Linux system. If it does not exist then we can say this Linux does not support UEFI and it is using BIOS mode.

Is BIOS still used on PCs?