Language Translator in Computer and its Types? The translator is a programming language processor that converts a high-level or assembly language program to machine-understandable low-level machine language without sacrificing the code's functionality. 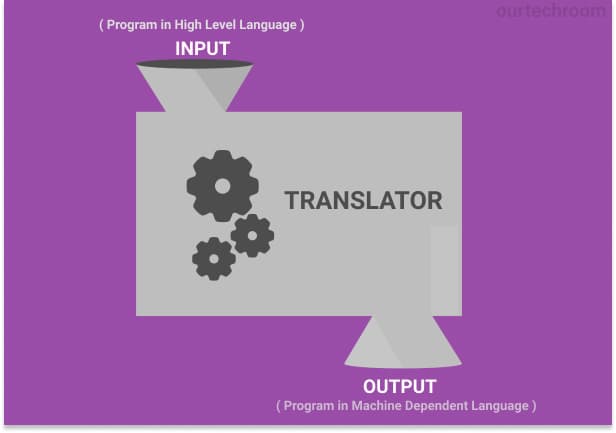 The computer only understands machine code. It is unable to understand any low, assembly, or high-level language. There must be a program to convert the source code into object code so that your computer can understand it. This is the job of the language translator. The programmer creates source code and then converts it to machine-readable format (object code)

The main purpose of the translator is to make the machine understand the program written in a low/assembly/high-level language.

There are 3 types of computer language translators: They are:

The compiler is a language translator program that converts code written in a human-readable language, such as high-level language, to a low-level computer language, such as assembly language, machine code, or object code, and then produces an executable program. 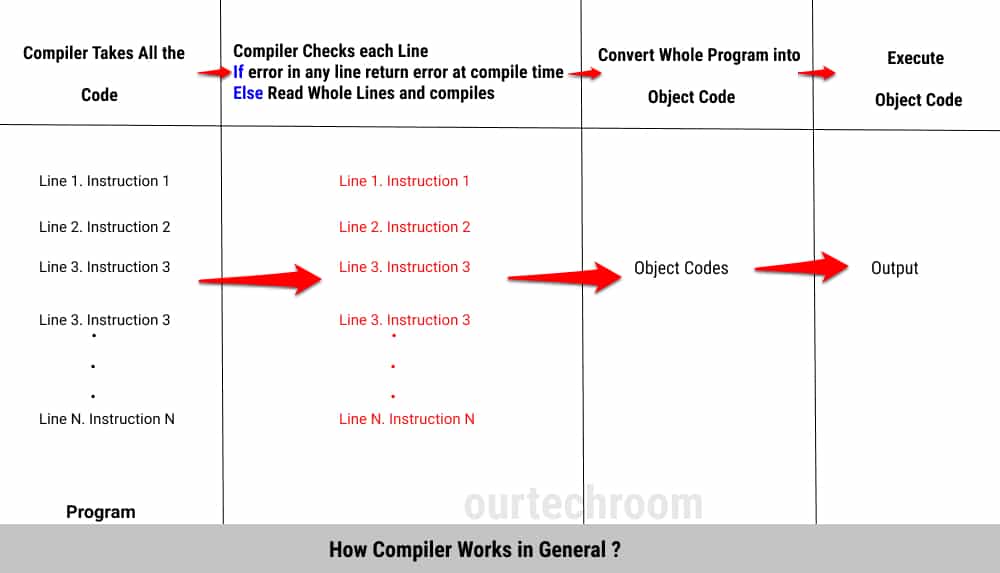 Shortly,
In the process of compiling, the first code is sent to a lexer which will scan the source code and split it into tokens and kept inside of computer memory, and send them to the parser where patterns are recognized and are converted into an AST (abstract syntax tree) which describes the data structure of the program representing then optimizer(if required) optimize away unused variable, unreachable code, roll back if possible, etc, then code generator converts to machine instruction code specific to the target platform and linker putting together all code into an executable program. Also, there is an error handler in all the phases which handles errors and reports.

Some of the well-known compilers are:

Some of the popular interpreted languages are Php, Python, Javascript, Ruby

Some of the main advantages of interpreters are as follows:

Some of the main disadvantages of Interpreter are as follows:

As we know the computer understands machine code only but programming is difficult for developers in machine language. So, low-level assembly language(ASM) is designed for a specific processor family that represents different symbolic code instructions.

Different Between Compiler, Interpreter, and Assembler

Also read: Can I delete photos after uploaded to Google Photos?

1 Is Assembly Language Portal?
Ans: No, the assembly languages are not portable since they are tied to specific computer architecture.A program written and developed in one assembly language should be rewritten to run on another machine.
2 Which type of language is Assembly Language?
Ans: Assembly Language (ASM) is a low-level programming language.
3 How is an interpreter slower than a compiler?
Ans: Interpreting code is slower than compiled code.
In compiler Case: When the program is successfully compiled, an object code file is created. This object code file is now executed. So, Unless we modify the source code, there is no need for recompilation. And directly execute from compiled code which seems to be faster because it is near to machine-level language.
In interpreter Case: Every time we want to run a program, it is interpreted again and again. So, at runtime only code is translated to machine-level language.
4 What is the difference between compilation and execution?
Ans: Compilation happens before execution in the compiling process. Source code gets compiled and produced execution file (like. dll and .exe ) file and this file gets executed at runtime. Compiler interacts with OS memory manager to perform compilation. Execution is done by the processor at the time of program execution.
5 What is the first stage of the compilation process?
Ans: Lexical Analysis is the first stage of the compilation process.
6 How many parts of the compiler are there?

7 Is the linker part of the compiler?

Ans: Some have distinct linkers and some do not. The linker is one of the important parts of the compiler which combines object code files and static file and produce an executable file.

8 What is Common Intermediate Language(CIL)?

Ans: All the application that is targeting the .net framework is compiled first to an Intermediate language called CIL, which is a machine-independent language, and only at the run time do those intermediate languages gets converted to native machine code.

The intermediate language in the Java environment is bytecode.

Ans: There are two steps in the Java compilation process. At first source code is converted to byte code by the compiler and at runtime that byte code is verified by byte verifier and it decides it may compile and/or interpret the bytecode using the Java Interpreter/JIT Compiler. (source: StackOverflow)

10) Is a language translator a system software?

Ans: System Software is those types of software designed to provide a platform for other software. This software provides an environment for the operating and programming where the users interact for creating application software. This includes Operating systems, Translator(Language processors), Simulators, Emulators, Utility software, etc. So, translators like compilers, translators, and interpreters are all system software.