USB Killer: How it works and How to protect your devices In recent years, there has been a significant rise in the utilization of USB storage devices because these devices are readily available, inexpensive, and portable for everyone. As a result, a growing number of recently released computers and laptops are including an increased number of USB ports in their systems.

The people who use the computer do not pay a great deal of attention to this port. Attackers with malicious purposes employ them frequently in their operations. An attacker may simply insert a device into a USB port in order to steal data, format an HDD, or even cause hardware damage. One of them which causes high damage is called USB Killer.

USB Killer is an electronics device that has a capacity of sending continuously high voltage into the device to which it is connected via a USB Port and finally makes damage to the device. Its look and feels are like USB Flash Drive. But easily available it is available in the online market at around $3.

The USB killer is a testing device that has been sold as being designed to test the boundaries of electrical surge protection circuitry. It is possible that it could be used as an anti-forensics tool.

The USBKill has become the de facto standard for USB Stress-testing in the market and is used by penetration testers, hardware manufacturers, law enforcement agencies, and industrial clients all over the world.

Actually, the inventor of the USB Killer is unknown. Some say it is invented by a Russian Computer Researcher named "Dark Purple" and some say it was by Hong Kong Based Security Team. 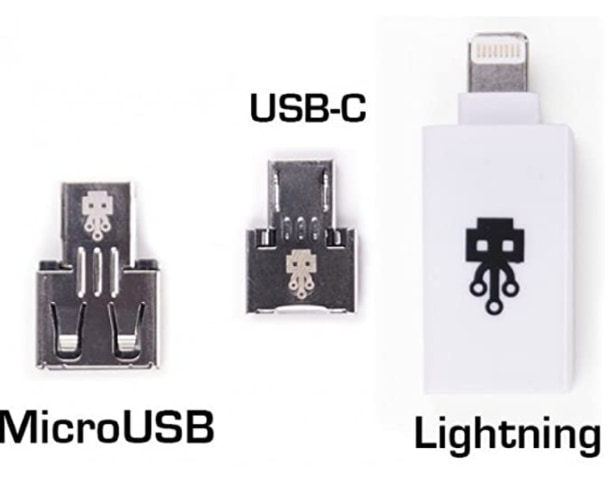 How does USB Killer work?

USB Killers internally consists of capacitors, resistors, diodes, transistor, oscillators, a step-up transformer, etc. When you insert your USB drive into the USB port then the oscillator circuit of the USB Killer takes 5 V from the USB port, this 5V is input to the step-up transformer and output to 200-220 Voltage. This high voltage is provided as input to the capacitor and the capacitor charges. When the capacitor discharges, the high voltage is sent to the USB data pins and hence making damage to the motherboard as well as the PC.

In Laymen Term, USB Killers somehow generate 200-220 Volts internally from 5V of USB when connected to the USB port. And these 220 Volts are discharged into USB Port(which only supports 5V) and this imbalance in voltage destroys USB Port and motherboard as well.

Are USB Killers legal to Use?

USB Killers are available in the market and legally used by hardware manufacturers for testing their hardware. If you use a USB Killer for destroying another system without the permission of the owner then it becomes illegal.

All the hardware will not get destroyed by USB killer. It is said and mentioned somewhere in other blogs that Apple products like MacBook Pro are not affected by USB Killer. But this doesn't mean you have to try it. If you want to do it, then do it at your own risk.

When USB Killer is plugged into a USB port then the motherboard, USB port as well as hard drive controller might get damaged.

Why USB ports are vulnerable?

USB Peripheral Devices uses USB protocol and this protocol does not have any device authentications which makes the system vulnerable so that USB Killer can easily interferer. So, manufacturers should develop a system to prevent such devices.

How dangerous USB Killer is?

Ans: Latest version of USB killer is USBKiller V4.It is more dangerous as they can be remotely triggered, smartphone triggered, timed attack, magnetic triggered, along with the old classic instant trigger.

How to protect from USB Killer?

Some of the things you can do to prevent USB Killer are as follow :

1 Do not insert unknown USB drives into your system.

3  Use Hyperdrive Type-C USB hubs and plug your USB flash drive into them.

4   USB Type C offers cryptographic authentication and the host system can confirm the authenticity of the USB device immediately once connection occurs so that unauthorized and inappropriate power can be detected easily and this brings difficulty for USB Killers.

5  Optocoupler circuit may also be used as the best mitigating approach for the USB killer, It can be installed on a wide range of devices from PCs to mobile phones to prevent high voltage generated.

6  Last but not least, educate the people about USB killers.