In computer programming, variables are the storage locations for values, and the values themselves can be anything. It could be a number, a filename, or some other piece of data. In a similar fashion, there are things called Environment Variables in your Operating System.

They are created as pairs consisting of a number and a value, and both the operating system and the application are able to access those values. The General Format of environment value looks like this:

These types of environment variables can be viewed, created, edited, and deleted. Environment Variable in general helps applications to know which directory to install installable files, and where to find user and system settings.

If you want to know what environment variables are used in various OS then I will guide you on this.

There are actually two types of environment variables in Windows. They are :

1. Local/User Environment Variable: User Variables store information that is unique to the logged-in user and are only relevant during the current session. They have located under the "HKEY_CURRENT_USER/Environment" path in the Registry

2. System Environment Variable: Because they are set uniformly across all of your computer's users, system variables don't contain any user-specific data. All user accounts are affected by these global variables.They are located under "HKEY_LOCAL_MACHINE/SYSTEM/CurrentControlSet/ControlSession /ManagerEnvironment" path in Registry

There is various way to list environment variables in windows. Let's discuss some of them.

In the command prompt type :

Some of the most common environment variables:

If you have a large number of system and user variables in environment variables then SET displays all at a time. But if you want one page and then one line at a time then try this: 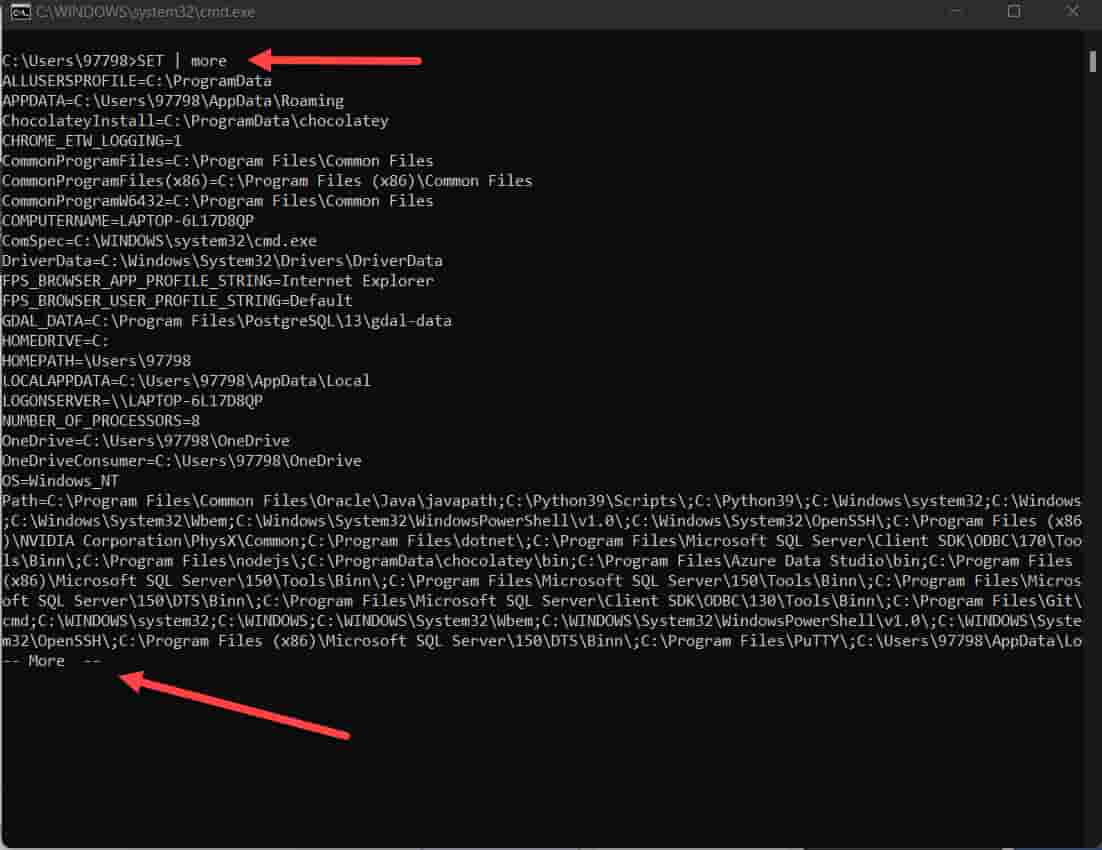 If you want to save this variable for a future look then you can save it in a text file with the following command.

Here, I have used output.txt as the file name, and this file gets saved under C:\User\Dell path and contain output.txt look like this: 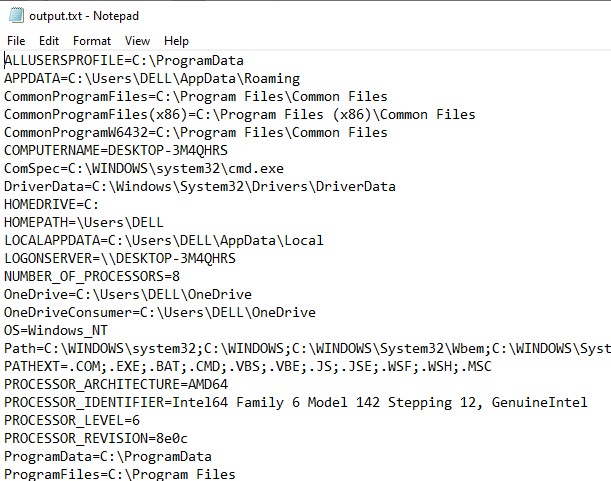 If you want help and wants to know more about set cmdlet then type the below command in command prompt for help:

Get-ChildItem (GCI) is a useful cmdlet that is used to get items and, if the item is a container, it will get child items that are available inside the container.

You can simply type below one line to get all environment variables. 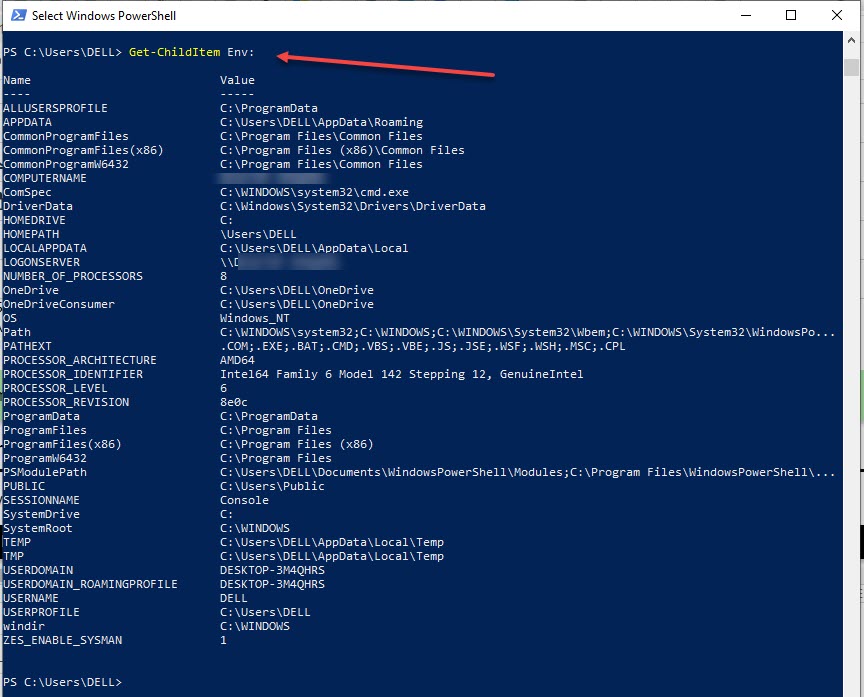 As you can see, some lines of the output are truncated. If you want to get the full output without any truncation, use the cmdlet below.

The gci env: cmdlet retrieves all environment variables, which are then passed through the pipeline(|) to Format-Table and displayed in a table. The AutoSize option adjusts column widths to avoid truncation.-Wrap Displays text that exceeds the column width in the new line without truncation.

Below, we can see that no lines in the output are truncated, as they were previously. 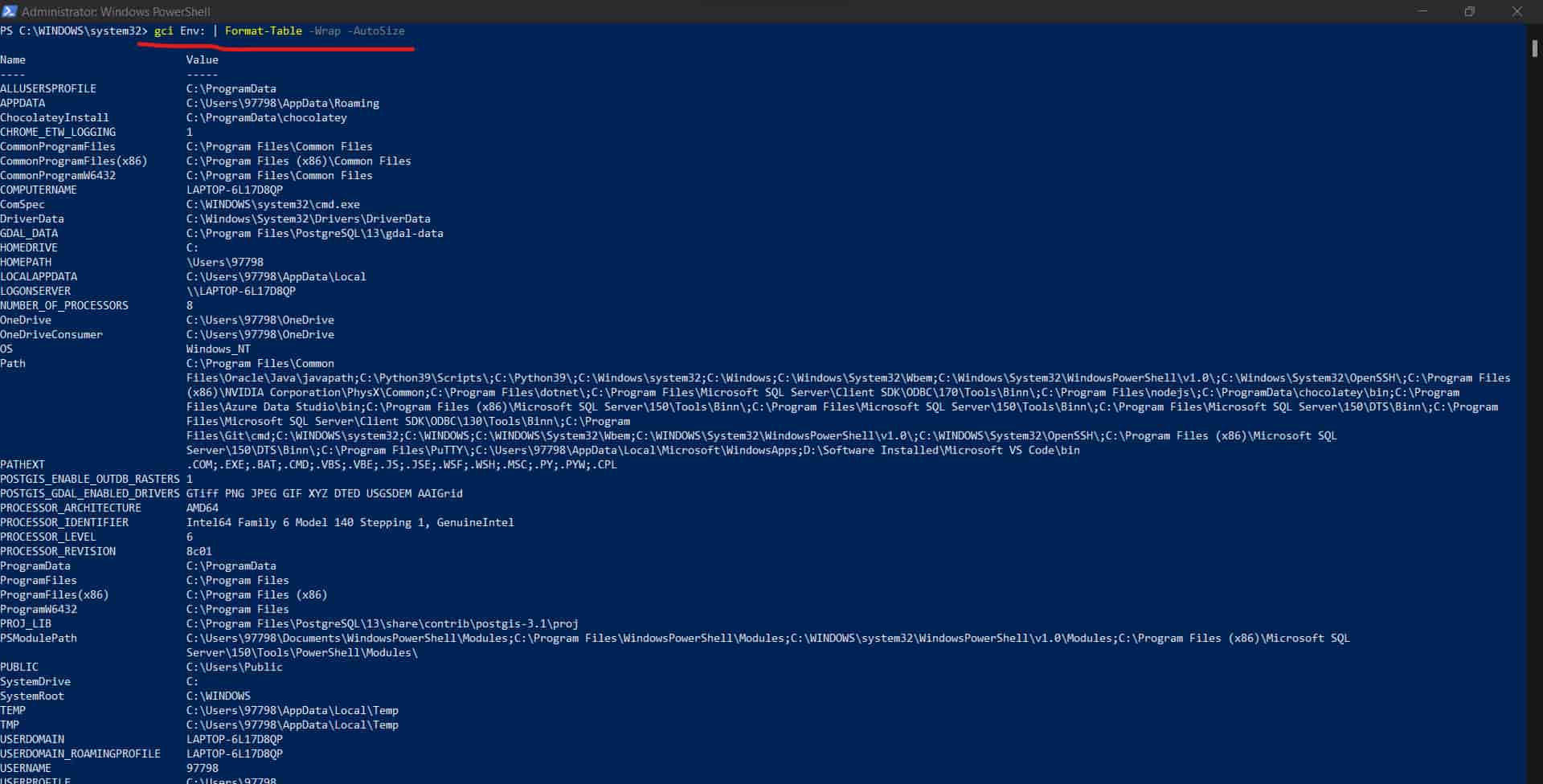 If you just want User variables then type below in the command prompt.

You can use the below cmdlet in Linux for getting environment variables. I am testing in ubuntu and it must work in other distributions of Linux. 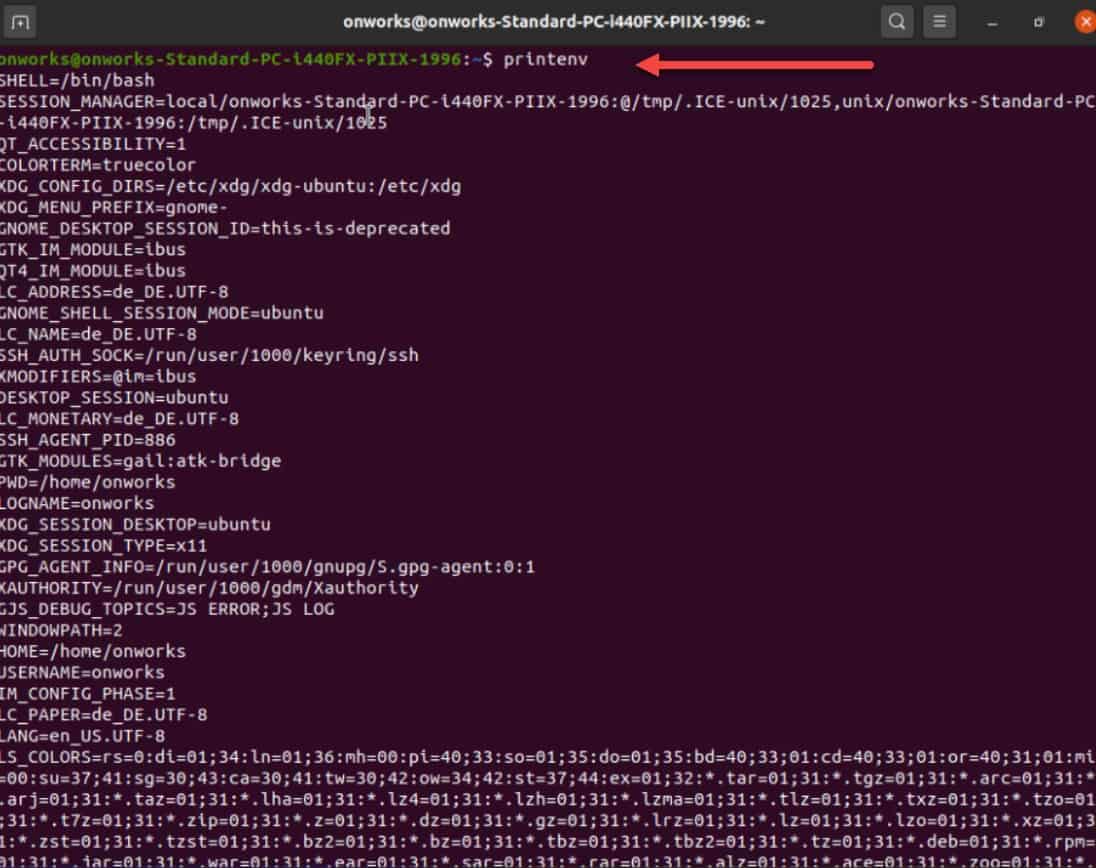 In Linux, you can simply use the below command for displaying the list of environment variables.

It is not possible to view all bash variables when using the env command since it will only show a list of environment variables that have been exported.

For macOS, we can use printenv for displaying all environment variables.

In this approach, we may get a list of all the environment variables in major operating systems such as Windows, Linux, and Mac.