Why Dual/Multi Rear Camera in Smartphone ? Why are so many rear cameras in today's SmartPhone?

Before 2000 AD, all phones used to have only one rear(back) camera. Later around 2003 AD, many mobile phones were introduced with front-facing cameras including Motorola and Sony Ericsson. Then in 2011 AD, Dual Rear Camera was first introduced by HTC Evo 3D.

Dual Rear Camera means instead of just one lens on the back of the phone, there are two lenses on the back which help in better capturing or shooting the photo. Its main aim is to make  3D  possible in smartphone photography. Here, actually, we have two rear cameras where both the cameras took a single photo at different depths and gave a 3D depth effect to the photo. But both of these smartphone models failed to produce this effect.

Then later on  HTC One M8, this feature is re-introduced where the secondary camera only worked as a depth sensor and nothing more, so that you could re-focus the images later on. But it was later removed. Huawei and LG also introduced Dual Camera but both of them also were not popularized. Dual Camera became popular only when Apple used this system in their smartphone iPhone 7+ as a rear camera. Then other smartphone manufacturer follows the same pattern and became the trend.

Actually, Dual Cameras on a smartphone can be arranged in a vertical or horizontal arrangement. There's no real difference between the two arrangements, it's just that the manufacturer tricks around it.

Types of Modifications in Dual Camera

Its main concept is to have a DSLR like a blur background effect in a photo.

Wide Angle has a low aperture and allows to pass less light to the lens and provides a sharp look on the front image and a blurred look on the background image of the photo.

Telephoto: It is a specific type of long-focus lens in which the physical length of the lens is shorter than the focal length. Photographers specially used this in sports events, wildlife, and in any other circumstances where the photographer can't get close to the subject. The telephoto lens is used to differentiate the background and the required subject image.

A smartphone's telephoto lens is utilized to show the distant objects with an accurate perspective. The telephoto lens of a smartphone allows you to zoom in between 2 and 2.5 of the frame without sacrificing image quality.

This combination is adopted by many companies like Apple, Samsung & OnePlus.

Fig: iPhone 7 Plus have this combination 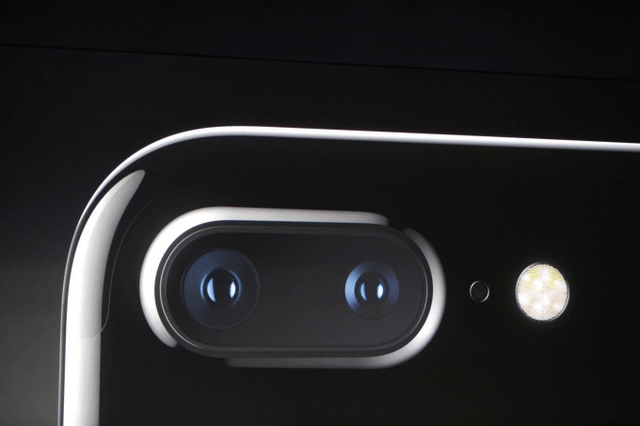 This combination is adopted by Huawei. Eg. Huawei P10

But in order for this setup to work perfectly, both the sensors have a similar resolution.

It gives two different perspectives of a camera with Bokeh Effect.  This wide-angle and regular sensor setup is mostly adopted by LG. LG has been using wide-angle cameras in their smartphone which let users get great wide-angle shots.

The only problem with this kind of setup is that the wide-angle sensor brings barrel distortion(photos appear to curve inward). This means that photos look spherical instead of linear.

Fig: LG G6  have this combination

Eg. Wide Angle View around Eiffel Tower look like this: 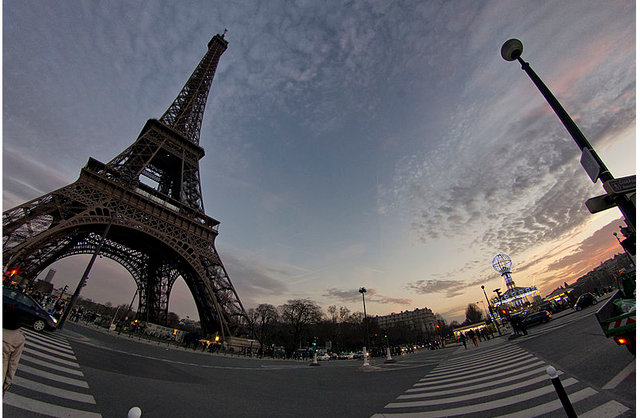 Samsung Galaxy A9  has 4 rear cameras one for depth, next for zoom, next for ultra-wide-angle and the next one is the general standard camera. 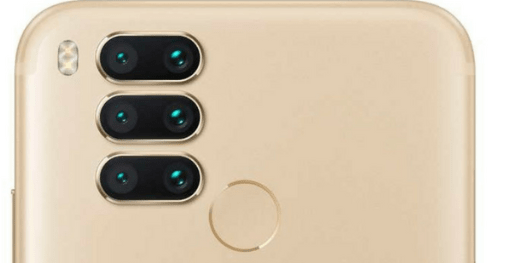 Nokia9 PureView is having 5 cameras. And Samsung has 16 rear cameras for a patent. 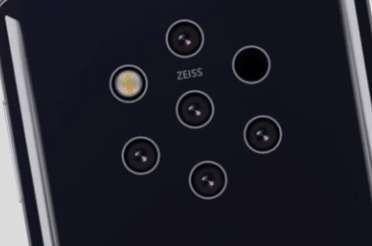 Actually, why do we need so many rear cameras?

Reason: If they have many rear camera setups having different focal lengths, and different apertures. And each camera will click separate photos and later with the help of software or inbuilt hardware those images will be combined to produce a better sharp image which cannot be produced by a standard quality smartphone having a single lens.

With the help of multiple cameras, maybe can do more precise 3D mapping, augmented reality and face and scene recognition soon.

General Conclusion of having a dual or more rear camera :

Why do so many modern phones have 3-4 rear cameras?

Ans: When you have more than one camera, you can attach more lenses, which provides you with more room for creative expression and the opportunity to take a larger variety of pictures. Because of this, buyers will find the product to be more appealing, which will lead to an increase in the amount of money the company makes from the sale of the product.
How Smartphone Capture pictures through the lens?
Smartphone camera sensors are placed directly behind the sensor, and light flows straight through the lens to the sensor, capturing the image.

What is Macro Lens in Smartphone?

Ans: The macro lens on a smartphone is also available. Short-distance photography is the focus of a macro lens. As a result, it has a much shorter focusing distance than other lenses, making it ideal for taking close-up shots of small objects.
Latest Posts