Why AMD CPU is cheaper than Intel CPU ? 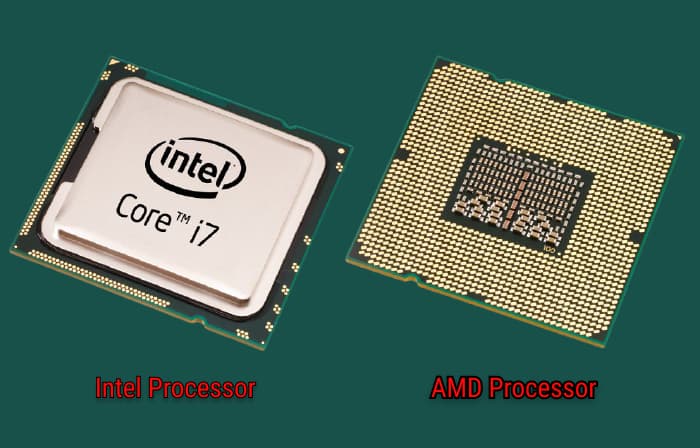 Any electronic gadget is not complete without a microprocessor, as it is one of the most vital components. It is generally agreed that it serves as the brain in any electronic device.  AMD and Intel are regarded as the top two PC microprocessor manufacturers in the industry of microprocessors. Before we get into the specifics of why AMD is cheaper than Intel, Let's take a look at each of them in turn.

The name Intel is an abbreviation for "Integrated Electronics." It is an international technology firm with its headquarters in Santa Clara, California, and it is an American corporation. From the ground up, Intel designed and created its very own custom processor. The Intel 4004 was the company's first microprocessor, and it was released in 1971.

The abbreviation AMD stands for "Advanced Micro Devices." In addition to this, it is an American global semiconductor manufacturing firm with its headquarters in Santa Clara, California. The company was established in 1969. Initially, they manufactured their own processor; however, later on, they began contracting the work out to TSMA companies. The first microprocessor manufactured by AMD was the Am9080, which was released in 1975. The reason are based on the following factors.

Reason Why AMD is Cheaper than Intel ?

In the realm of personal computers, Intel is one of the oldest manufacturers of computer processors. It has been at the top of the market for a considerable amount of time. AMD is still another opponent; nevertheless, the company as a whole is more behind Intel than it was previously and is still relatively new to the large market.

So, to compete and bit Intel, AMD has to introduce new things and strategies that every business does to exists like Cheap price strategy, introduction to better quality, etc. So, AMD decreases the price of its processor.AMD started target low-budget people developing low-budget processors and low-range chipsets(source). So, a large number of people can buy a computer with an AMD processor. They have sold more of their product and generated marginal profit which overall summing to a large amount.

We are able to plainly see that beginning in the first quarter of 2017 when AMD introduced its Ryzen Microprocessor architecture, it began steadily increasing its market share. This allowed it to sell high-end processors at prices that were more affordable to consumers, which led to a rapid increase in the number of people buying and using AMD processors.

Negative Sentiments and Undervalued among People

When compared to an Intel processor from the very beginning, an AMD processor does not perform as well. This information was already known to the customer. Consequently, it was difficult to establish trust among the people. Therefore, in order for them to maintain a presence in the market, AMD needs to lower its processing costs.

Intel has better brand value and they are able to sell the same specs product for more price and AMD has to compromise on this. But Nowadays, AMD processor is also competing in a better way with Intel.

Intel from the beginning develops its processor and chipsets. They have involved their resources in all phases like design, fabrication, implementation, and sales. On other hand, AMD uses a fabless business model where they outsource the production of chips to other partners. AMD tie-up with TSMC, for the production of the chip. AMD only focuses on the design and period of components. So, they are able to focus on core business with smaller teams and become more agile.

It should be noted that TSMC(Taiwan Semiconductor Manufacturing Company) is mature in the field of manufacturing chipsets and processors. They are also the manufacturer for Nvidia, Qualcomm, Apple, Broadcom, Mediatek, etc.

Intel uses a Monolithic approach to the CPU design. Where it has all cores, graphics, and I/O on a single die. It is easier to put 2 to 4 cores into a die.

Whereas AMD uses Chiplets Approach. It is a modular approach in which modular mini dies are combined into one CPU package.

Actually, the manufacturing process of the CPU is not perfect. It is manufactured on silicon wafers and some defects may occur in the wafer. In the intel system, they remove and throw away those defective parts to make all cores to be functional which increases cost.
This cost increases exponentially with an increase in the number of cores.

The current Approach of AMD seems to use the same chip design excluding APUs and mobile potentially). This means the highest-end epyc will have the same CCD(Core compute die) as of lower-end ryzen. As a result, the R / D costs for AMD are lower and much cheaper due to less manufacturing design.

On the other hand, Intel will create a number of different architecture configurations. They invest more in R/D design, production, etc. Therefore. So it's going to be costly.

TSMC manufacture AMD which is Taiwan based company and Intel is based in the USA. So, production costs will be relatively lows in TSMC than in Intel.

It's possible that this isn't the case, but in my opinion, Intel has maintained a larger profit margin than AMD has. This is due to the fact that Intel employs a larger labor force than AMD does and also spends a far greater proportion of its revenue on advertising.

AMD is quickly adopting a new processor design process (thanks to TSMC) and is able to shift much of its processor to 7nm technology whereas Intel is struggling for implementing 10 nm manufacturing. AMD is providing more cores, more threads, and better threading performance than Intel at a relatively equal price range and even in more price cuts.

In what case AMD is better than Intel?

When you go with AMD, you effectively spend less money for a performance level that is roughly equivalent to the same range of Intel.AMD provides higher core counts for a far lower price than Intel