Hurry Up ! upgrade your windows Windows 7 was  successor  of Windows Vista and is available to general in October, 2009 AD.It is much famous Windows OS at that time.Still now many user and organization are using Windows 7 Operating System. Windows 7 is built on the Windows Vista kernel and was intended to be an update to the Vista OS.

The biggest changes between Vista and Windows 7 were faster boot times, new UIs and the addition of Internet Explorer  8. 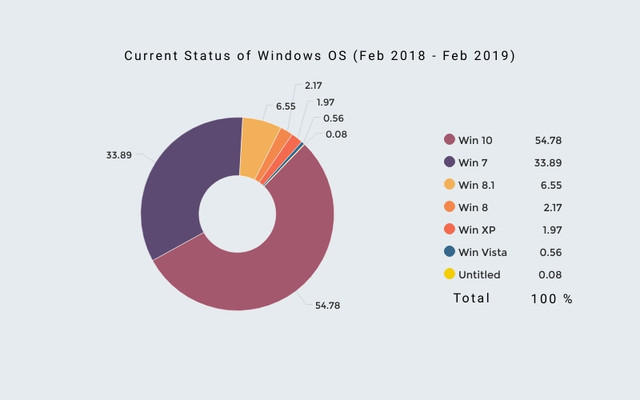 Why to upgrade from Windows 7 OS ?

What happens if no upgrade ?

Microsoft ended mainstream support for Windows 7 on January 13, 2015 AD , but decided to provides extended support for 5 years until January 14, 2020 AD.

Once the mainstream support ends, then stops producing more service pack version .But it will still provides security updates for any bugs that emerge, releasing design changes and warranty claims.

Once the extended support ends, then it stops adding new feature. But it still provides bug fixes and patches.

Any new vulnerabilities discovered after 2020 AD, then  microsoft will not addressed any problem. So, user using Windows 7  after 2020AD  will no more receive security updates , patches and no system updates will be released to protect system from viruses,malware, crashes ,ransomeware, spyware and cyber attack.

Still you can use Windows 7 after 2020 , but it will be fully vunerable. And if any hole found in software after  2020 AD  then microsoft will not look after it. Support for Internet Explorer on Windows 7 devices will be discontinued on January 14, 2020 AD.

Yes Sure, you should be able to install/reinstall and activate Windows 7 even after January 14, 2020. It’s just that you won’t get any windows updates via Windows Update.

Now its time for every business and organization to upgrade your OS .Identify the Computers on your network that need to be upgraded or replaced , train the staff to use Windows 10.
.