Virtualization and Virtual machine are trending topics in the technology field and knowing them are necessary.

So, at first, let's discuss Virtualization and Virtual Machine in short.

Using multiple operating systems in single hardware without rebooting is an example of virtualization. Other general uses of Virtualization is Cloud Application.

What is a Virtual Machine?

The basic concept behind a virtual machine is to abstract one computer's hardware(CPU, memory, disk drives, network interface cards ...) in several different execution environments, generating the illusion as a private machine for each individual execution environment. Here is the list of best and popular Virtual Machine software. It includes both open-source software(free) and paid software(paid).

VMWare Workstation Player is a free and powerful virtualization software provided by VMware for x64 based Guest Operating System which includes Microsoft Windows OS or 64-bit Linux distribution OS. It offers the industrial standard for applications on virtual machines. It is free of charge for personal purposes. But for commercial purposes, you have to buy Pro licenses. 💡 Snapshot: With the help of snapshots, you can save any state of a virtual machine so that in the future if any problem occurs then you can revert back to that state. Also after saving you can continue to VM further.

Some of the important features are :

It also has some enterprise features which is free for educational purpose but required license for commercial purpose.

It is the virtualization software for Mac OS. It allows Windows OS to run in Mac OS so that we can access windows powerful application like Office Packages (Excel, PowerPoint, word) can be accessed easily.

It is not open source and has only a paid version. It only gives a trial for evaluation purposes. 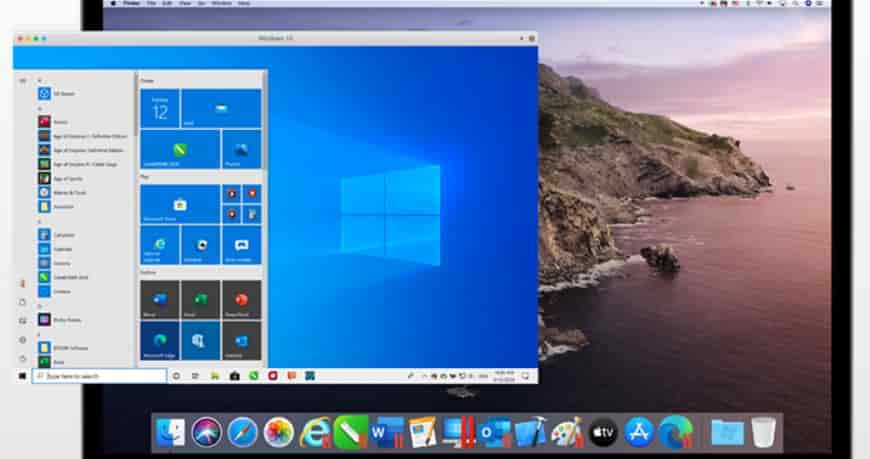 It is a desktop virtualization solution. It is a fully integrated DaaS(Desktop-as-a-Service) Solution that provides hardware infrastructure via the cloud. Its core feature is the "Cloud Workspace" Remote Desktop Service, which simulates a Windows workstation using Windows servers. It is only available in the paid version. But they will provide you a trial version for evaluation purposes.

So, the general use-case of V2Cloud is: If you have set up a cloud computer in V2Cloud then you can access your computer from anywhere in any device. And provides auto backup of workspace every day. And also multiuser can access same workspace as well so it is good for the team.