How to automatically sync local files/folders to Google Drive ?

Google Drive is one of Google's popular cloud-based storage services, offering 15GB of free space for users to store their documents, photos, and other files, which are stored on Google's servers.

The method I'm going to describe is based on two-way sync, which means that if you make changes to folders and files in Google Drive, those changes will be automatically replicated in your local directory. The most recent version of the changes you have made in the local folder will be synced back to your computer in the Google Drive folder.

In this article, I will be explaining sync between local folder to google drive using Google Drive Desktop Apps

Because the Drive files and folders are stored in Google Cloud Storage, Google Drive for Desktop does not take up space. However, enabling the Available offline features for Google Docs, Sheets, and Slides will use local computer storage.

When using Google Drive for Desktop is not a better choice?

If you don't have enough Google Storage then sync may not work so for this free up space or get more storage from google drive.

What Google Drive for Desktop can Do?

Google Drive for desktop formerly known as Drive File Stream can do the following things:

This will create a new Google Drive in Windows Explorer. All of your google drive files will reside here.

This will show you all the files and folders present in google drive as shown below. 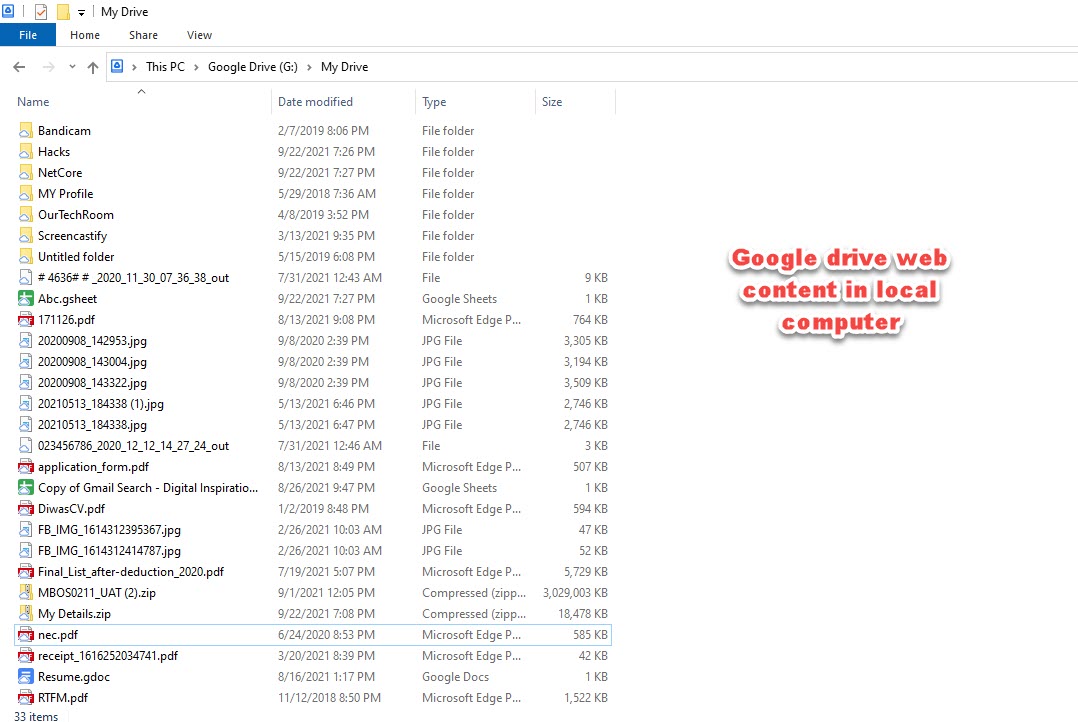 Now go to your google drive web, you will find the same content as above.

3 Now, let's add an image in local google drive. Here, I have added an image file with the name ourtechroom.jiff file. 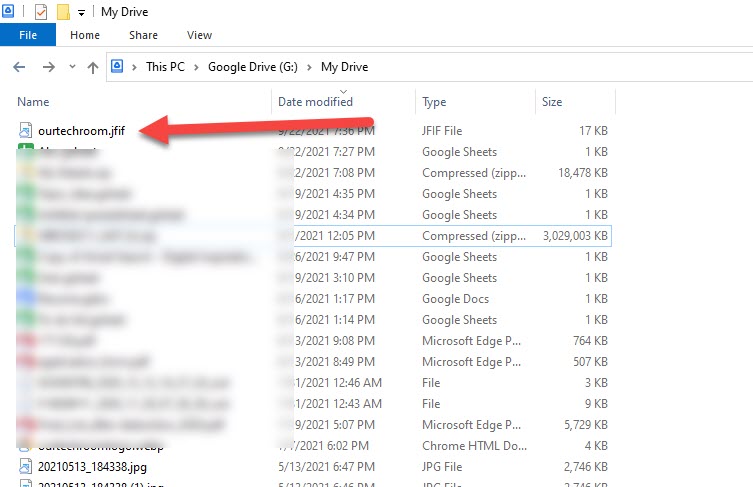 Found the same file in google drive web as shown below. 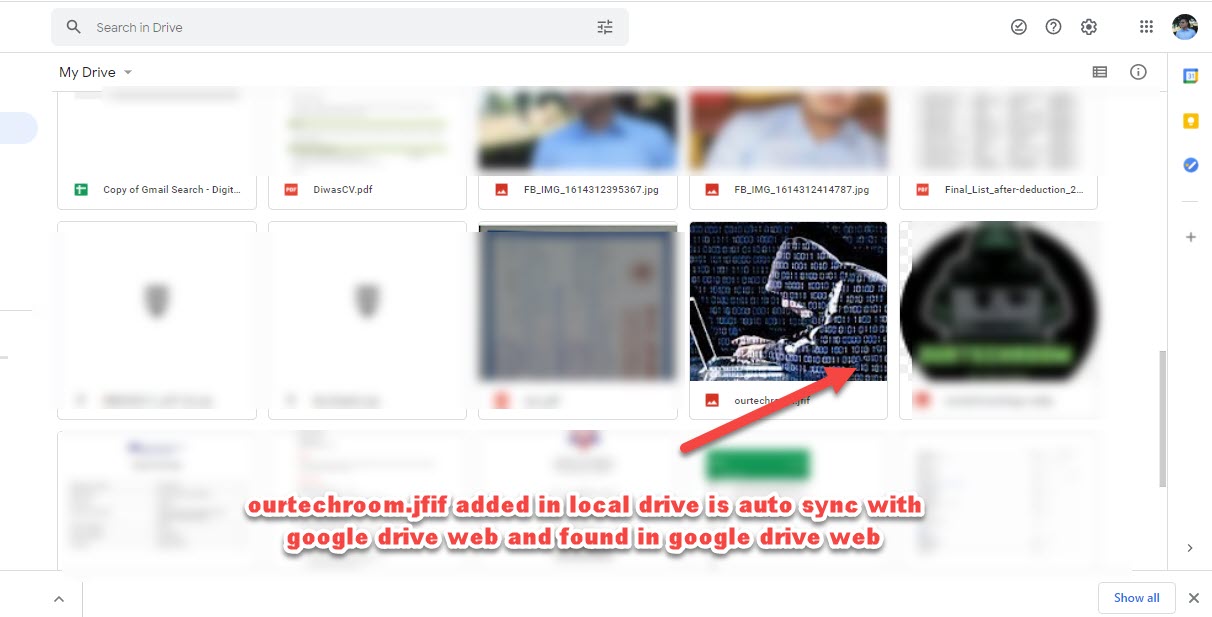 If you want to use Google Sync for an organization

Problem and Solution to Google Drive for Desktop

Sometimes syncing between google drive and the local drive does not work. sometimes shows "Unknown error occurred".Also, sometimes Drive for desktop stops or quite suddenly. Also shows "Sync Complete", but 20 or so files weren't synced"

So here are some troubleshooting to common problems with sync. 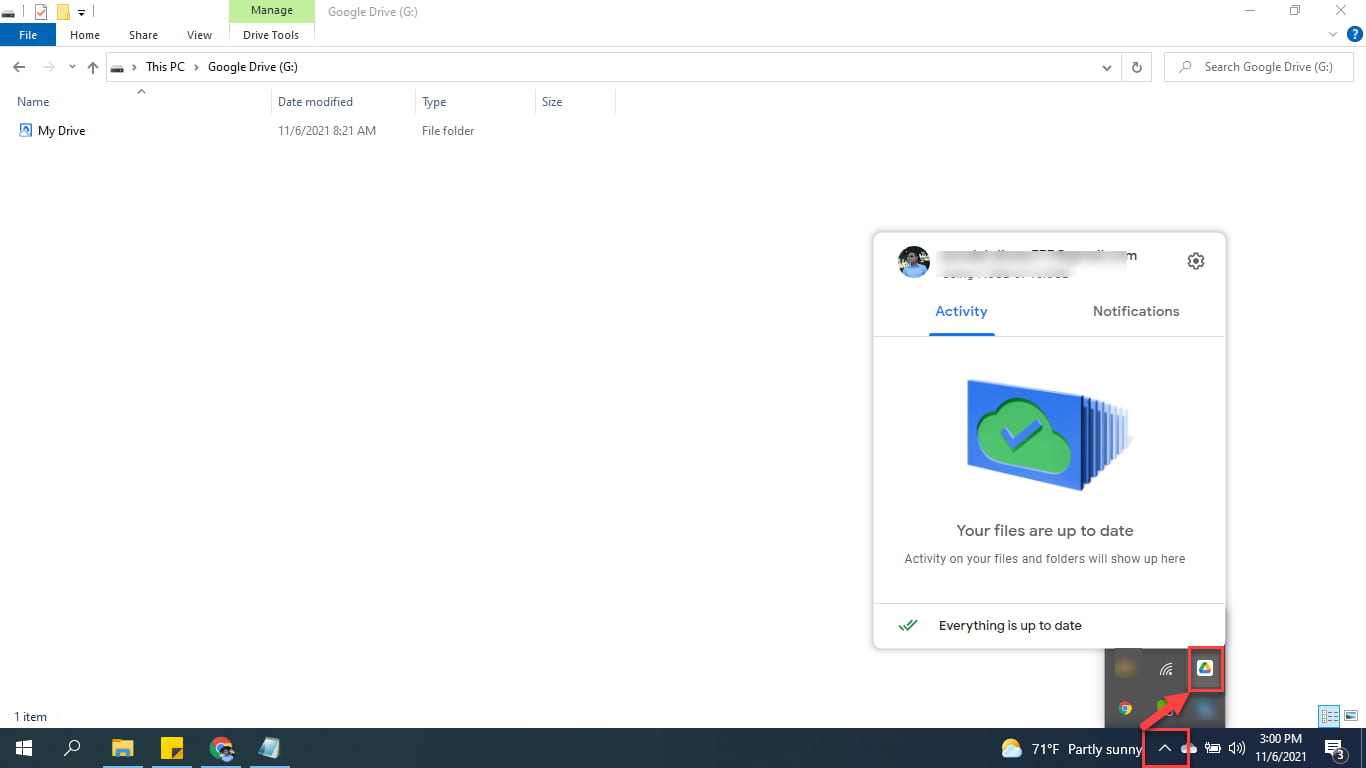 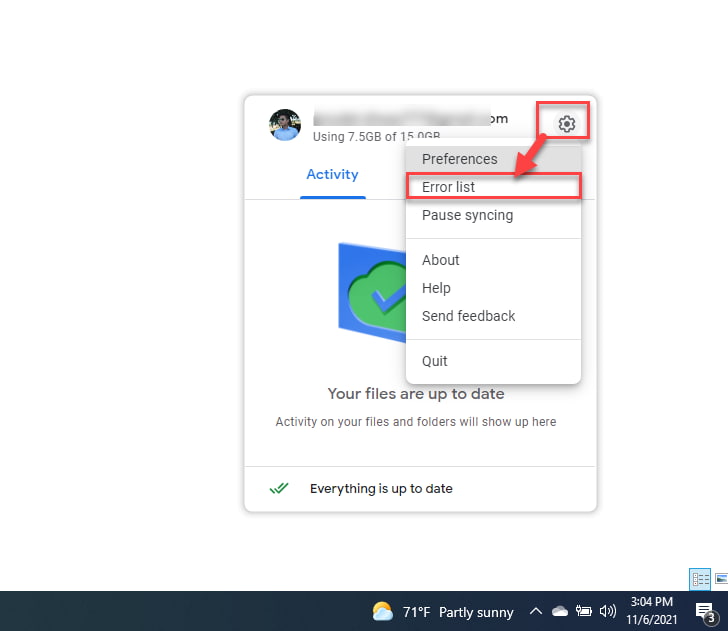 If any error is present then will get the list here otherwise it will show Looks Good message as shown below. 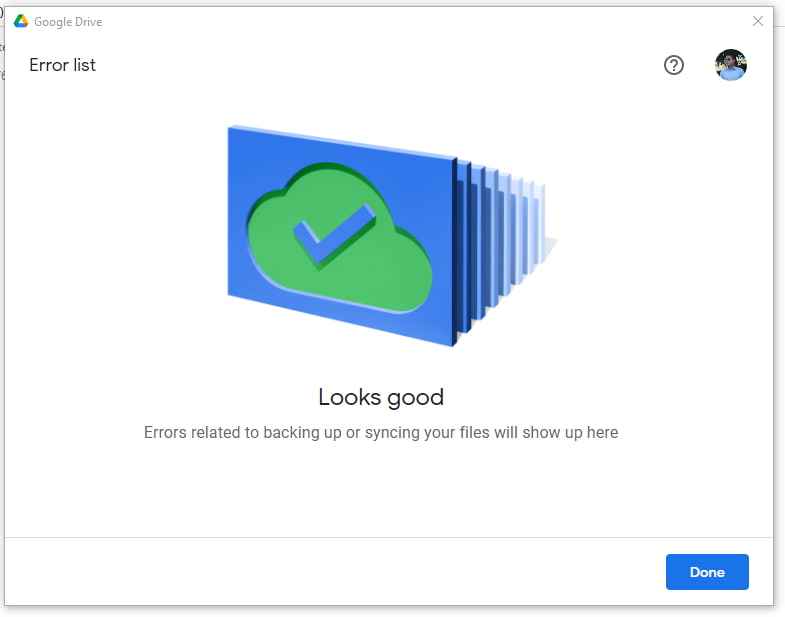 How to Pause Sync Drive for Desktop to Google Drive Cloud Storage?

Now syncing gets paused and now downloads/uploads are stopped from google drive to drive to the desktop and vice versa will stop.

How to resume sync Pause between Google Drive Storage to Drive for desktop?

Using Google Drive for Team: This is paid one and has numerous advantage features that google drive for desktop does not provide.

Insync is paid tool for syncing google drive, Onedrive, Dropbox to local computers folders and files. It is available for Windows, Mac, and Linux. It supports both desktop and server environments. So, you can sync contains(folders and files) present on desktop as well as a server with google drive.

It has 30 days money-back guarantee as well. It can try with a 14-day free trial. For more info: click here.

It has two types of plans for Desktop Environment

CBackup is also a third-party tool for syncing google drive to a local computer.  For more info: click here.CBackup is available on the web as well desktop platforms.

Is Backup & Sync Google Product and Google Drive for Desktop are same?

Ans: No, it does not. Backup & Sync is a separate product from Google Drive for Desktop.

Backup and Sync were not able to use files in shared drives, cannot sync individual files in My Drive, you can't see who's editing, there's no integration with Microsoft Outlook, etc. However, Google Drive for Desktop supports all features.