Cause, Signs, and Symptoms of Faulty Motherboard Any electronic device has a central component known as the motherboard, which is where all of the other electronic components, such as RAM, ROM, the processor, hard disk drives (HDD), graphics cards, bridges, PCI slots, and CMOS, are interconnected with one another.

The motherboard is one of the costly components that can be found in laptops and desktop computers. If you need to replace the motherboard because it has been damaged in some way, you will need to search for a compatible motherboard that can be used with the hard drive, processor, RAM, and other components that are already installed. Which is never a happy process. Instead of attempting to repair their current laptop or computer, most people opt to buy a brand new one instead.

As there is no hardware that lasts forever. As you go it starts to degrade its performance and finally stops working. But if you want to last longer your motherboard with the right care, you have to know the cause, signs, and symptoms of a faulty motherboard.

Signs and Symptoms of Faulty Motherboard

Some of the symptoms of a failing motherboard are :

When you press the power bottom of your laptop or computer then your computer fails to boot and shows no display at all. This can be due to a problem with your motherboard.

When you start your PC then if it shows a blue screen with failure messages with some error codes then there can be problems in various components like RAM, HDD, and even Motherboard. Some motherboard brands will display the cause of the problem as well.

Just search those errors in google and try to solve it.

3 Freeze or Glitches the computer

When you start your PC then it will work normally initially and when you continue using it, then it will freeze the computer. There can be many causes of freezing computers. It might be software related or hardware-related issue. 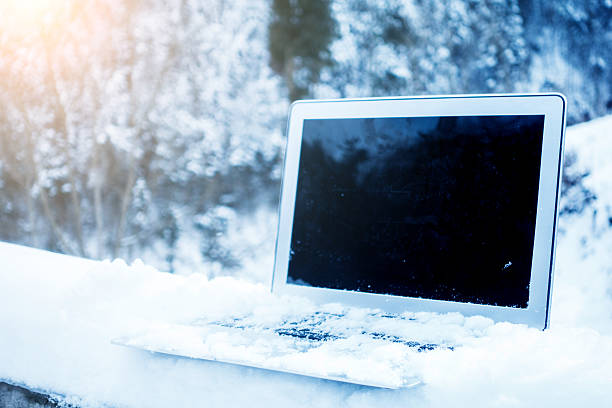 If this freezing happens on a frequent basis then there are more change problems in the motherboard. And you probably do not get this problem until it is too late.

Sometimes your computer restart abnormally this can be due to improper power provided by the motherboard to different components attached to it.

Your computer may unexpectedly restart for a variety of reasons, including problems with the power supply, malicious software, overheating, or the drivers. Heat-related problems, dust, dirt, hair, and blaster viruses are also among the causes.

5 Hardware is not recognized

Sometimes the hardware like USB Port, Audio Port, Mouse Port, and other different internal components like RAM, CPU, Graphics Card, CMOS, and BIOS stop functioning properly due to improper power delivered to it. It can be a sign of a faulty motherboard.

If your motherboard is too old then you may fill degrade in the performance of your Pcs. Like, may take a long time to boot up your PC.

7 Not enough power and data speed to the component

Sometimes your computer stops working, and CPU and motherboard attached fans' speeds slow down if your motherboard cannot deliver enough power and data flow to the various components.

Also Read: Different Parts of Motherboard and its function

Sometimes PC overheats abnormally and you will feel laptop is hotter than before.

With the help of patterns of beep of your BIOS, we can identify the problem in the hardware.

In the case of Award BIOS, repeating beeps means memory error. There can be problems with the memory or memory slot of the motherboard.

If you feel that laptops and PCs make a burning smell then it can be the symptoms of the motherboard. In the case of PCs open the CPU casing and look and feel is it from the motherboard.

First, open your PC's Casing or laptop casing, and when you notice capacitors in the motherboard are punctured and bulging its size then its more chance your motherboard will get damaged sooner.

Also if the capacitor of the motherboard is charred and discolored then also there is more chance your motherboard gets damage.

When you open your PC's casing and found that the motherboard is bent due to various reasons like heating up, physical damage to it, etc can damage your system.PCB board can get crack due to mechanical overstress or thermal shock;

Please contact professional and do not try to repair yourself and any activities that may lead to damage to your system.

Cause of Motherboard Failure

If your laptop and PC's motherboard are experiencing power fluctuations/spikes then there is more chance that your Motherboard may get damaged.

As we know that motherboard works with DC power only, if your Power Supply is not working and delivers direct AC or heavy fluctuating AC current then it may damage the motherboard.

Prevention: Use a high-quality Surge Protector to safeguard your motherboard from electrical spikes and fluctuations. Also Please consult with technicians because they may lead to severe injury.

Due to many reasons like dust, and voltage fluctuations, your motherboard temperature may increase and gradually overheats the whole system and generates a bad smell in the motherboard which is the symptom of a faulty motherboard. The clogging of the motherboard and CPU fans can cause a motherboard to overheat.

Prevention: We can prevent this by using heatsink paste in between processor and processor fans. Clear the motherboard regularly. Use temperature recording and alerting software. Use the laptop in the cool room.

In most, modern computers and laptops, systems will shut down automatically because of overheating.

Physical damage, such as burnt transistors or chipped circuits, can cause catastrophic failure of symptoms of a faulty motherboard.

Every electronic has life. They are not immortal. Similarly, the Motherboard after aging will have more chance of damage.

Prevention: If the motherboard is in worse condition then it is better don't use it and replace it with the new motherboard.

Preventions: Better not bring liquid materials near to your PC or laptops. And if liquid spills on the motherboard, immediately turn off your system and take it to technicians.

Cheap motherboards have more chance to be faulty. In most the cheap motherboard, cheap components are installed and maybe they are improperly engineered. This may cause cooling issues.

Prevention: So, always buy new laptops and motherboards from brand companies only.

Lightning is also the cause of faulty motherboards. The electric circuit board will be affected by lightning as well. It is a natural process and is difficult to protect devices from it.

Prevention: Do earthen in your house.

9  Use of Incompatible Hardware Component

Above reason plus:
1) Using incompatible Chargers. Because incompatible chargers may not provide the required power to the mobile battery.
2) Rooting the mobile phone can also be an issue for motherboard failure.

It is a very challenging task to troubleshoot the motherboard because of the many components that are connected to it, making it difficult to pinpoint the specific cause of the problem.
In the event that you have encountered issues such as the appearance of an error code, the production of beeps, the locking of the system, an abnormal restart, a BSOD error, ports that do not function, or memory modules that malfunction.

You can check out the troubleshooting steps for your motherboard as shown below.

2 Check to see that the power supply connectors for all of the necessary components are attached to the motherboard.

3 Check the BIOS and UEFI settings and pay attention to the speed of the CPU fan and the temperature of the CPU in the BIOS.

4 First, open the cashing of the CPU and then look for the capacitors. You might discover a cumbersome and damaged capacitor if one is present.

5 You could try to reinstall and reseat the CPU, and you could also check to see if the pins on the CPU or the socket on the CPU are dirty. If you answered yes, then please clean it and give it another shot.

Check to see if a pin on the CPU is broken. If this is the case, a known good CPU should be substituted.

6 Reinstall the memory and ensure that it is completely installed.

9 Take note of the beeping sound coming from the computer whenever it boots up.

10 Check Device Manager and scan for the available hardware. If there is a problem then it will show it.

11 Update your BIOS if available.

12 It is highly possible that you are experiencing issues with your video if the pixels on the screen are pixelated in an abnormal manner or if artifacts show intermittently. If so then look for the Graphic Card and GPU unit.

13 If you are not an expert in the field, you should seek their advice instead.

Does all the data in a phone and computer get removed when the motherboard crashes?

Ans: No because data are stored in Hard Disk /SSD, not in the motherboard.

Can a dead phone motherboard be fixed?

Ans: Yes and No. It depends on the condition of the motherboard. Sometimes the cost of repairing is high then it's better to buy a new phone.

Can a motherboard be outdated?

Ans: Every hardware component has a finite life. Motherboard performance, in general, degrades with time. So according to the technician motherboard last like 5 to 10 years.

What happens if a motherboard fails?

Ans: If the motherboard is dead, simply your computer is also dead.