So, before discussing the best sites like Netflix. Let's discuss something about Netflix and its strategy.

It is an amazing paid movie website like Netflix.Amazon Prime offers more titles and has an incredibly large amount of content library of movies and TV shows than NetFlix.It is launched in 2006 as "Amazon Unbox" and later rebranded in 2008 as "Amazon Video on Demand" then "Amazon Prime Instant Video " in 2011

Like Netflix, Amazon Prime also provides a 30 day free trial period and after the trial period wants to continue then have to pay $99 /year. If you are prime membership then they offer free fast shipping for purchases, free kindle content, and exclusive shopping deals and selection. 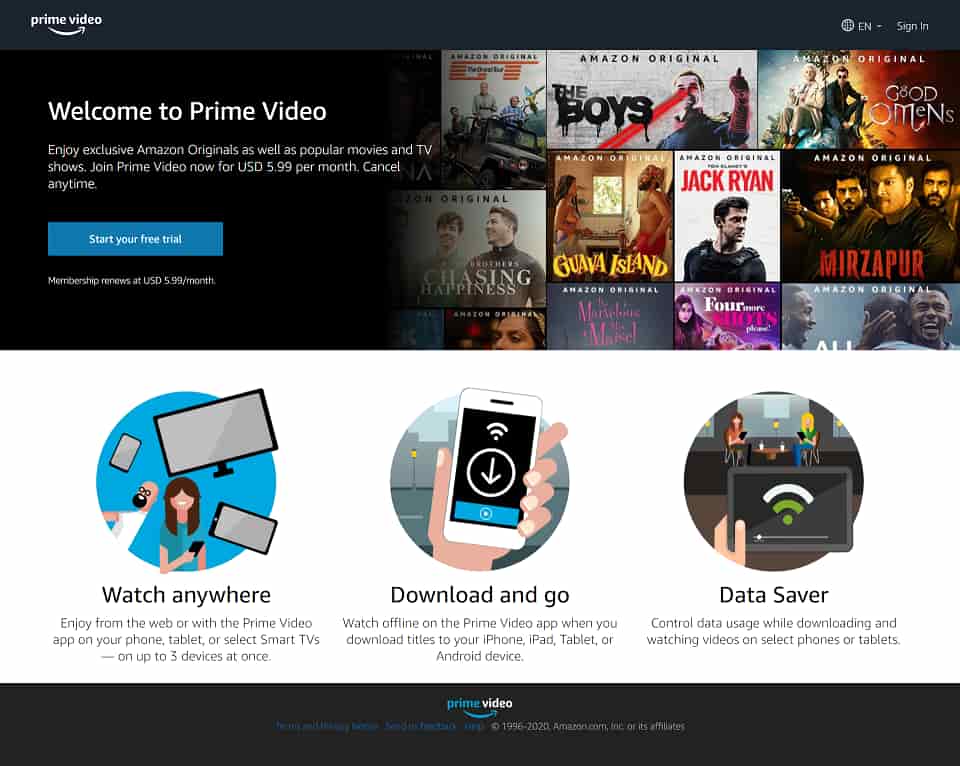 Disney+ is one of the newest movie sites like Netflix.Disney+ is the U.S. on-demand over-the-top(OTT) streaming service, owned and operated by The Walt Disney Company. Its parental company is Disney Media and Entertainment Distribution. It was launched on November 12, 2019. 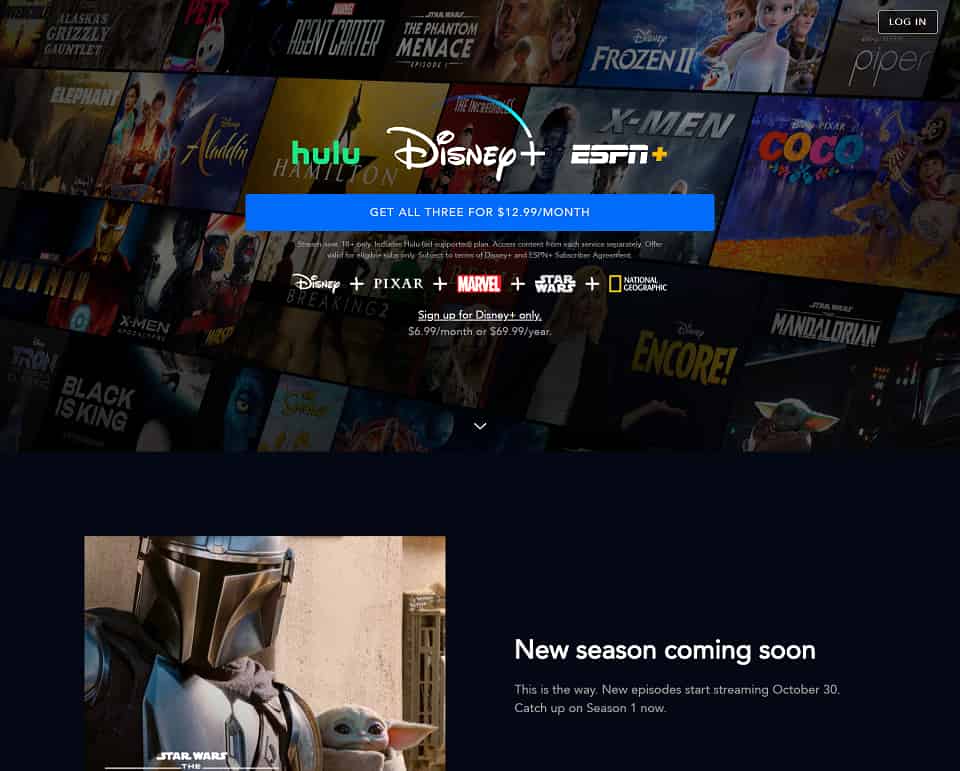 Disney Plus is also one of the OTT streaming services for watching TV shows and films.

If you love children's content and family-friendly content or just want to watch classic movies and news from Disney then it's good to use Disney Plus. You will not find horror movies, crimes or r-rated(mature, adult, or vulgar) shows in Disney.

Disney does have children's locks and settings so that Children can not see adult content.

Currently, HBO Max is only available in the U.S and certain U.S. territories.HBO Max offers a 7-day trial and if you like get HBO MAX as an all-in-one standalone service at $14.99.

HBO Max is a bundle of HBO Go and HBO Now library along with additional stuff like Warner Bros mass media content, blockbusters, and popular TV shows like Cartoon Network, Friends, The Big Bang Theory, Wonder Woman, and many more. 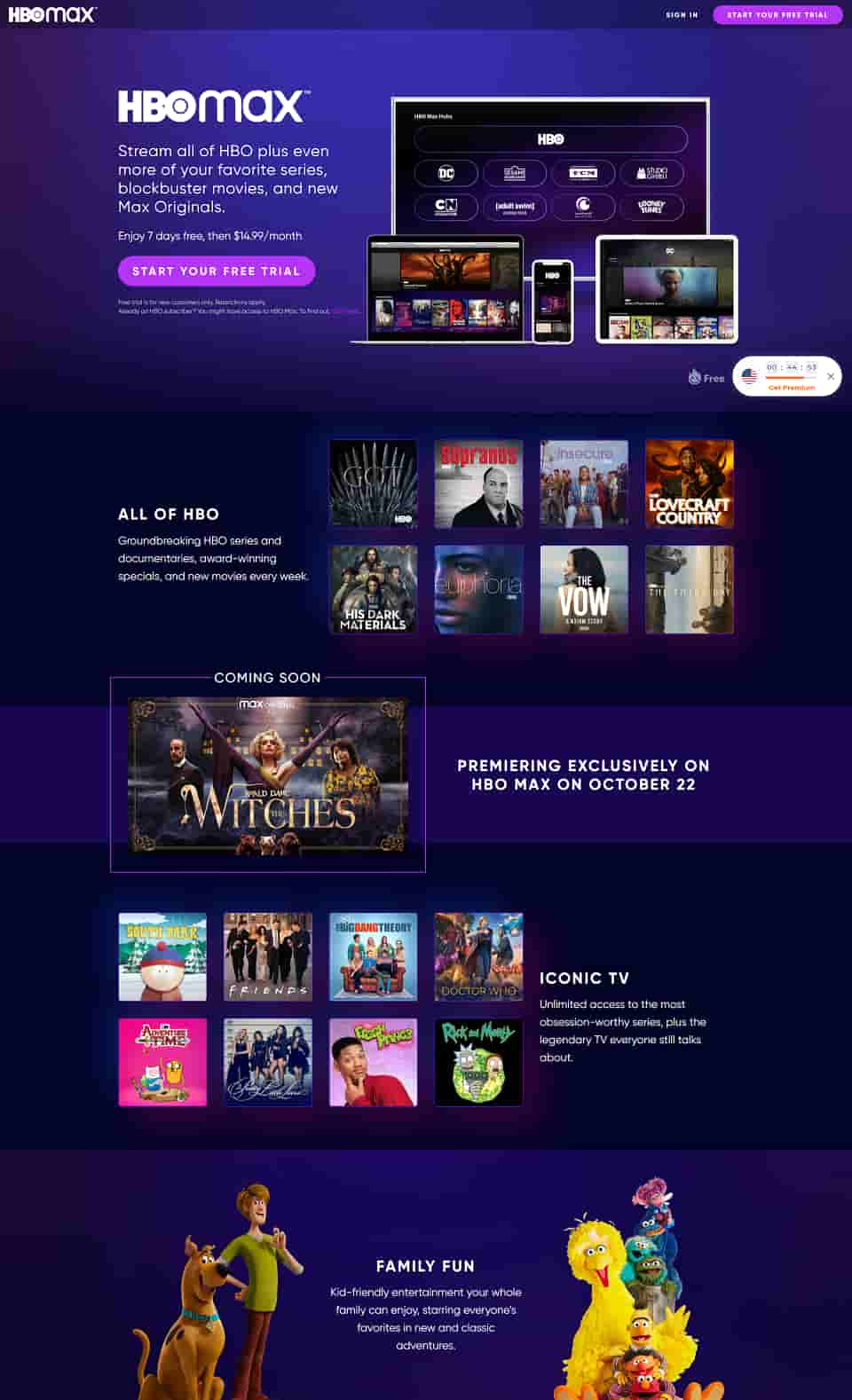 It is an ad-free video-on-demand service from Apple which was launched on Nov 1st, 2019. It is started with 9 titles mostly TV shows. It provides 7 days free trial and after that charge a basic rate of $4.99 / month

Apple TV+ will allow you to share your subscription with up to 5 family members. Also If you have Apple devices you can download your favorite apple originals and watch them offline later.

Hulu is also an on-demand video streaming service co-owned by The Walt Disney Company(67% equity) and Comcast and was launched on October 29, 2007. Hulu is limited to the US only and using a VPN you can use it in other countries as well. 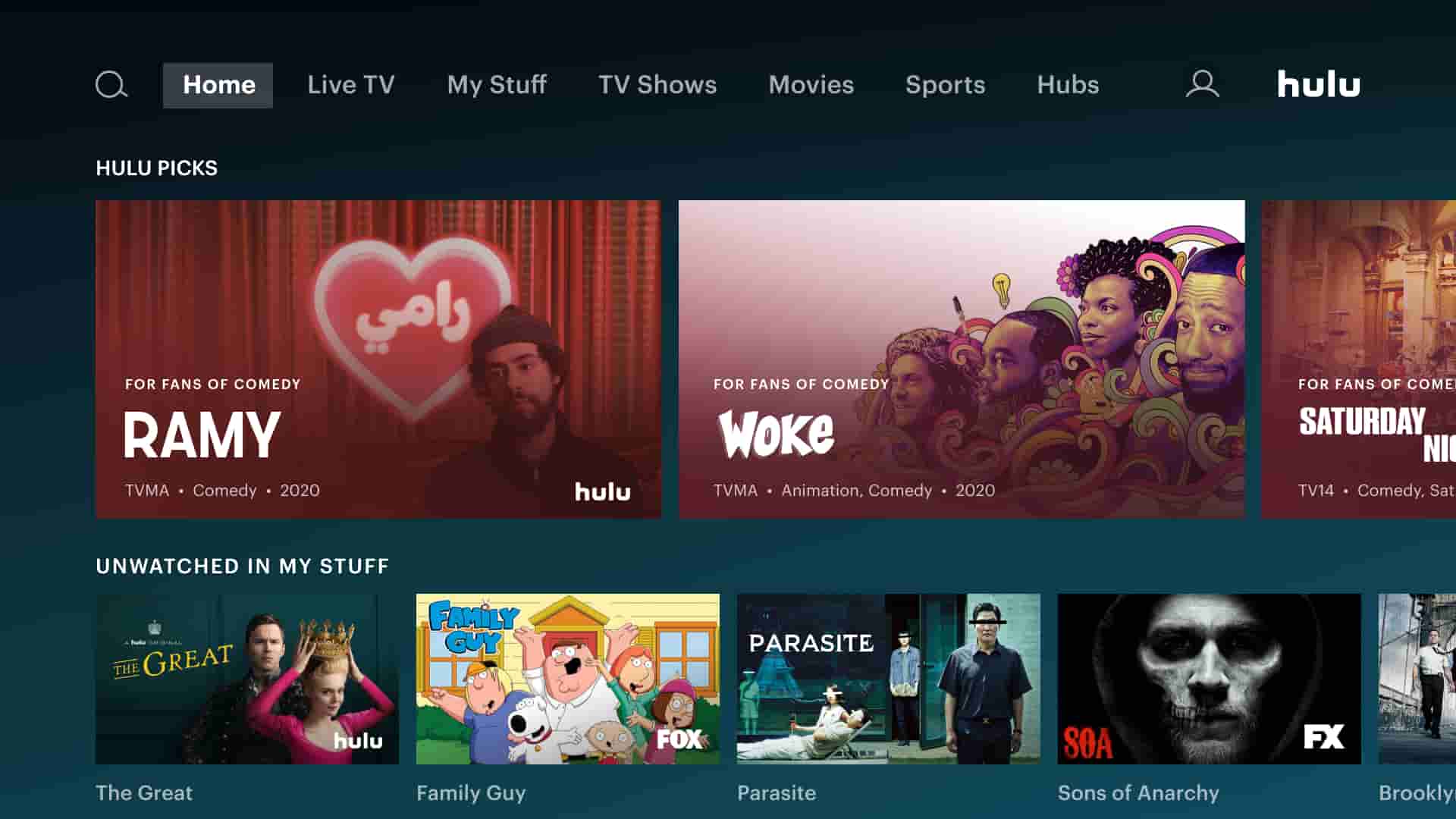 Vimeo on Demand service is the streaming option of Vimeo, the video-sharing platform. It offers a wide variety of choices for film streaming, stand-up comedies, Vimeo, etc. Vimeo On Demand products is available with a Vimeo Pro account. Vimeo on Demand allows creators to rent out or sell their own videos. The product permits site creators to set their own prices and offers geofencing and other tools to monitor the areas in which the contents of the product are available.

It does not allow downloading Vimeo view but it has offline viewing facilities. 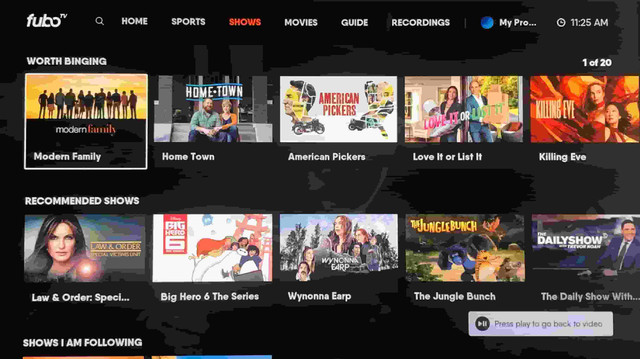 It has various plans." Family Plan" is the basic plan with $64.99 for 100 channels.FuboTV Ultra is an Ultra package plan with $84.99 for 199 channels. Other additional packages FuboTV offers are Fubo Cycling, Sport Plus, Fubo Extra, International Sports Plus, Adventure Plus, and many more.

Vudu services were founded in 2004 having headquarters in Santa Clara, California USA. It is currently available in Mexico and the USA only.

If you watch only limited movies say around 1 or 2 movies a month then it's better and cheaper to rent it from Vudu than watching it with a Netflix subscription. 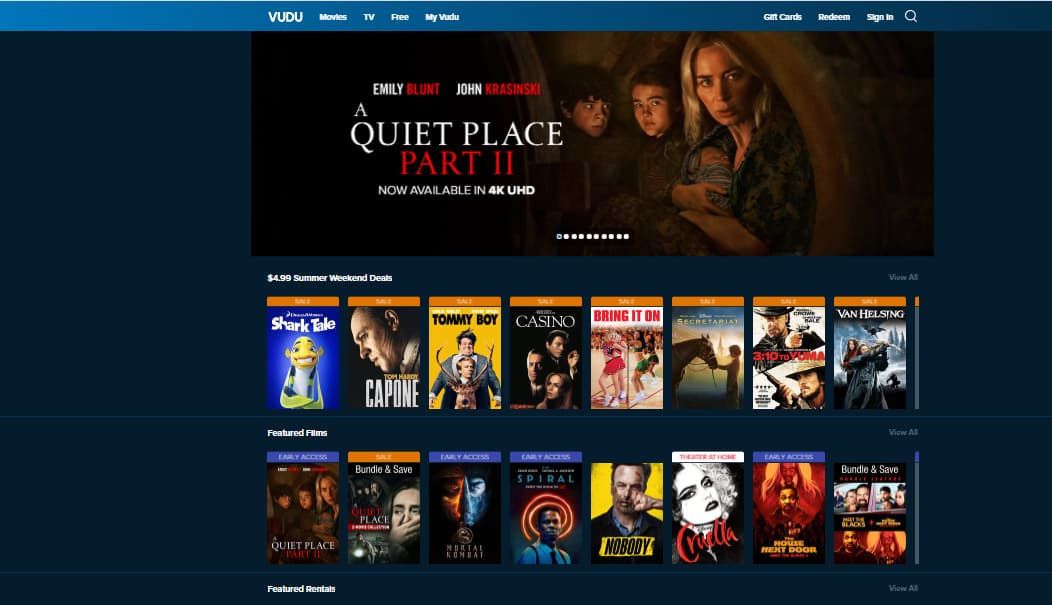 Netflix and Youtube business models are different. Netflix provides subscription-based services but youtube provides most of the content for free. You can get the latest series and movies on Netflix which you will not get on youtube.

Youtube Registered User uploads the video and gets payments based on ads shown when someone plays the video. ie Companies from Youtube get free content and advertise, whereas Netflix creates and distributes licensed content and sells subscriptions to Netflix users. Netflix has no ads because this platform makes enough money by selling subscription plans.

Crackle is one of the best movie sites on Netflix. It is possibly the best-known competitor of Netflix. It provides good, user-friendly, and free streaming services with the best Hollywood movies and TV shows. Crackle has inbuilt video ads-supported which may appear suddenly before and middle while playing movies and TV shows. You do not have to pay monthly subscription fees as Netflix does. You do not have to sign up as well. 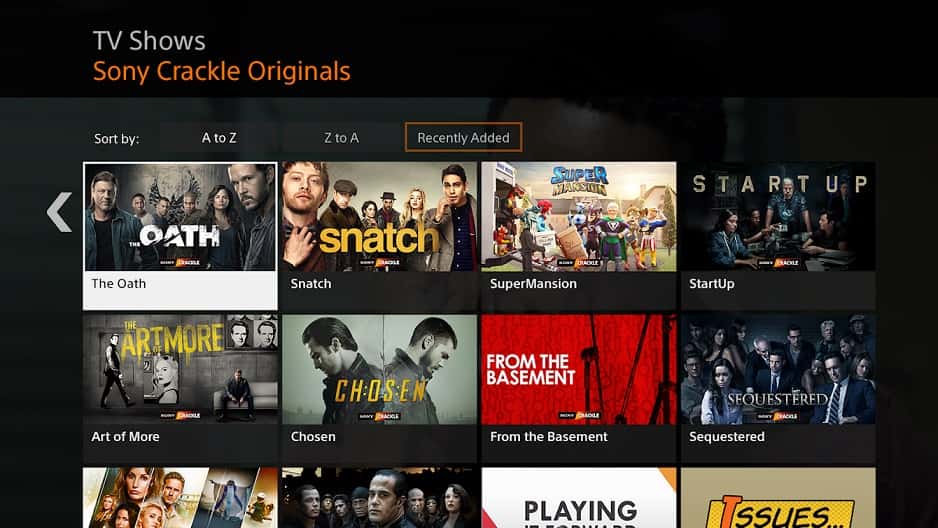 Crackle was previously known as Grouper and later sony pictures own it and renamed crackle. Its main content, therefore, comes from the Sony TV and film library. But also features the content of Soul Entertainment from Columbia Pictures, Tristar Pictures, and Screen Gems. It does not have premium options.

The services can be accessed in 3 languages: English, Spanish, and Portuguese in 21 countries. It is compatible with various types of devices like mobile, tablets, desktops, smart TV, and Non-Nintendo consoles like PS4, Xbox One, PS3, Xbox 360, etc.

IMDb TV stands for Internet Movie Database Television. It is another site like Netflix. It is amazon owned free and emerging streaming service. In January 2019 it started with the IMDb Freedive name but was subsequently rebranded to IMDb TV. IMDb TV provides popular TV shows and hit movies for free with video ads. Legally its content can be viewed in America. You can watch on IMDb websites, the IMDb app(Android and IoS), Apple TV, Echo Screen Devices, and many more. 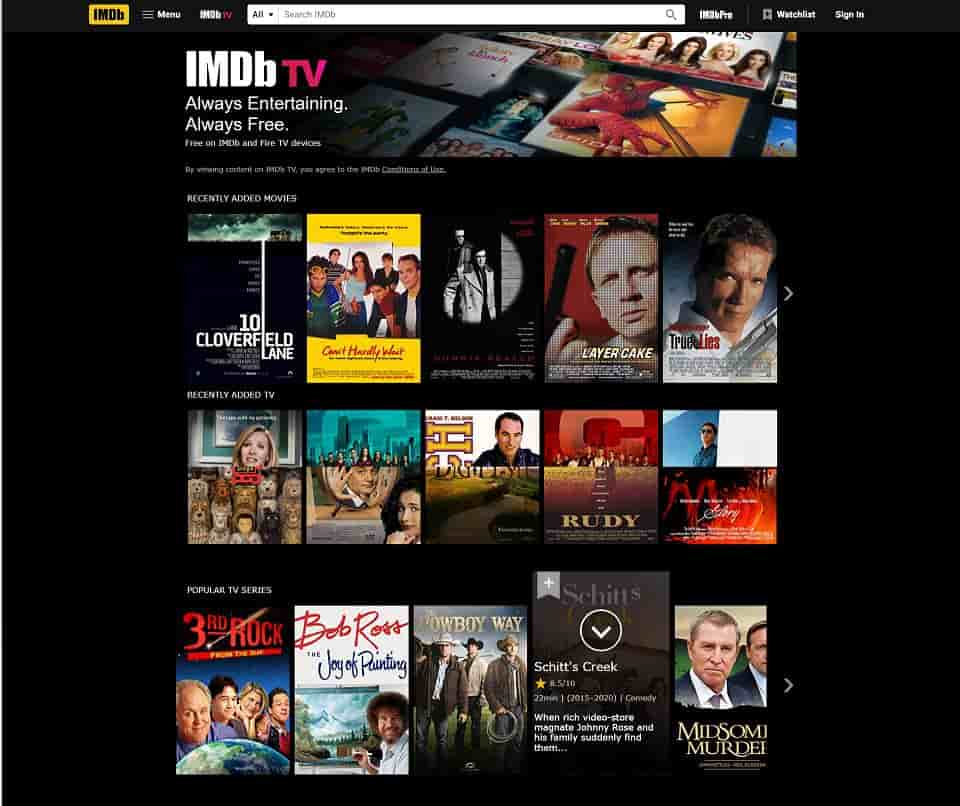 Tubi is also one of the movie sites like Netflix which is providing a rich collection of classic movies and TV shows. If you want those types of movies and shows then Tubi can be a good starting point. It is online, has lots of shows and films for people of any sort, and has a good user interface.

Tubi contents are video ads supported and those ads are around 15-30 seconds and are not skippable. You can watch their content without subscribing and even without login. 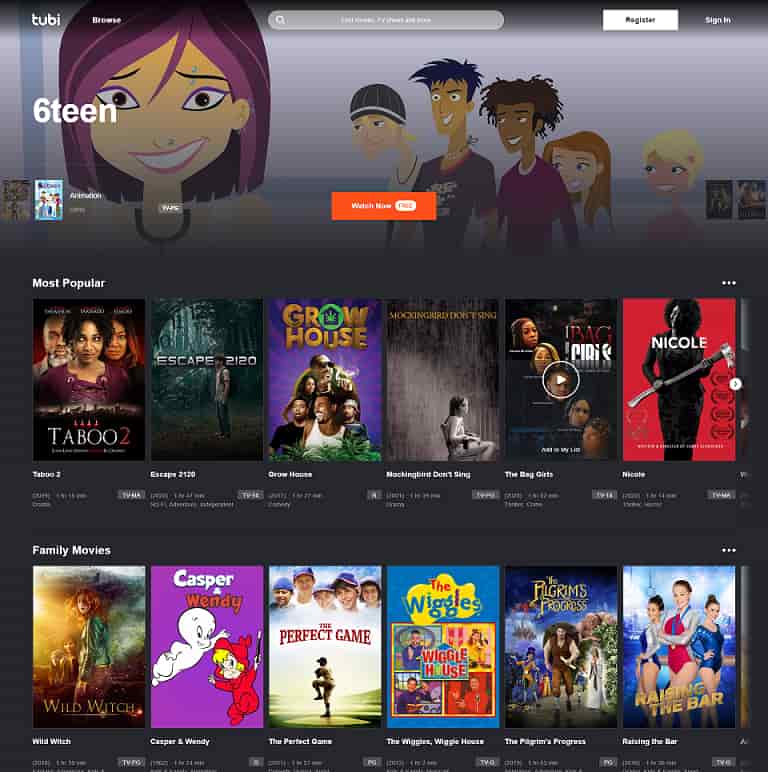